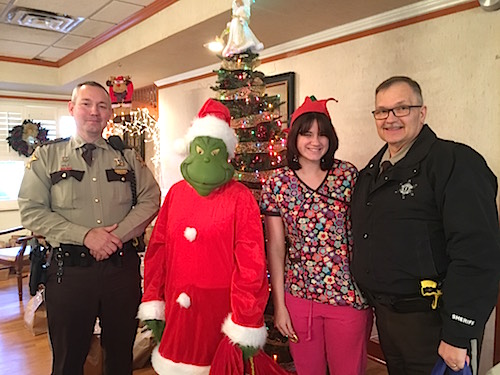 The Jordan Center held their Annual Christmas Party for the Residents of the facility on Tuesday, December 20, 2016. The Dietary Staff at the facility prepared a wonderful meal and the Residents were treated to a visit by Santa and the Grinch.  Members of the Lawrence Co. Sheriffs Department, Garrett Roberts Sheriff, Chief Deputy Mark Wheeler, Sherry Burchett, and Lawrence Co. Court Clerk Chris Jobe brought gifts for the residents. 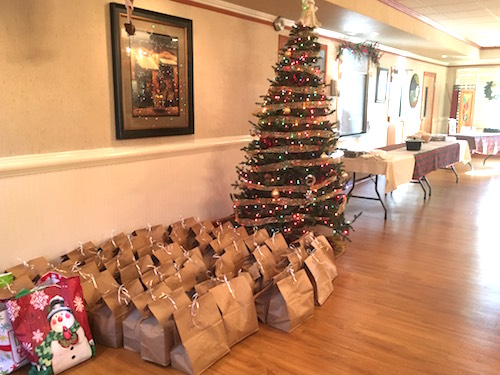 Thanks to the Activity, Dietary and Nursing staff for the coordination of the event. All residents had a blast. The residents each received presents from the facility.   Kate Dilley, the Chaplain of the facility, stated ” The residents have look forward to this day all week.” 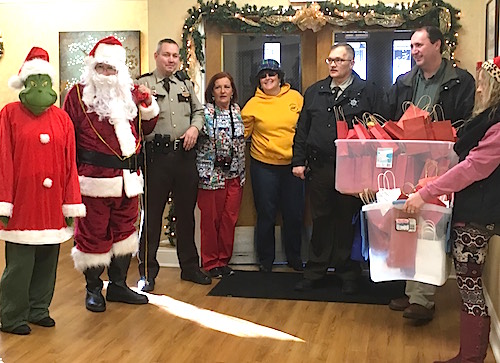