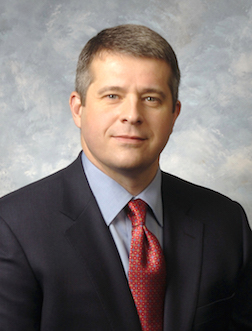 FRANKFORT – Senator Ray S. Jones II, D-Pikeville, was re-elected to a second term as Senate Democratic Floor Leader Friday by his Senate colleagues. Jones was first elected to leadership in 2015.

Also, elected to the leadership team were Senator Dorsey Ridley, D-Henderson, as caucus chair and Senator Julian M. Carroll, D-Frankfort, as caucus whip.
“I am honored to be re-elected Senate Democratic floor leader,” Jones said. “As one of the few voices from Eastern Kentucky in a leadership position anywhere in Frankfort, I’m in a unique position to advocate for the hard-working citizens of this important and vital region of Kentucky.

“We have a lot of work to do, but I am prepared to meet it head-on,” he added. “I will work with all my colleagues on both sides of the aisle, in the House and with Governor Bevin to address the issues facing our Commonwealth and to move our state forward.”

Senator Jones, who represents Elliott, Lawrence, Martin, Morgan and Pike counties, has been a member of the Stat Senate since 2001.