2016 Toys for TOTS a big success in Louisa 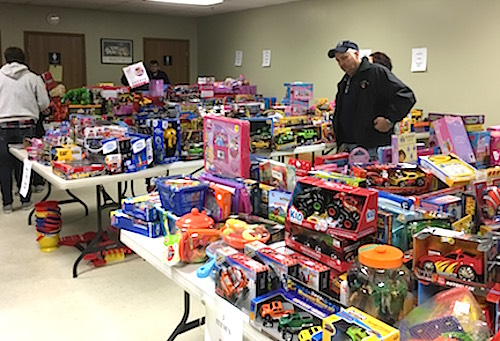 The Louisa Fire and Police Departments held their Annual Toys for Tots, Tuesday December 20, 2016 at Fire Station #2 in Louisa, Ky.  This is the 8th year that the Fire Department has hosted the event and they were hoping to reach-out to over 300 children who might not have Christmas presents under their tree.

Approximately 60 parents were lined up for the event that began at 9am.  A few folks had been braving the cold and the wind since 5:30am and were quite eager to get indoors and see what gifts were available.  Everyone in-line was excited for what was about to happen and thankful for the efforts of the Fire Department and the Police Department.  More than a few remarked how thankful they were that both departments had such a commitment toward Louisa’s Tots. The inside of the station was full of toys, bicycles, games, dolls and most anything that a child would love to see under the tree come Christmas morning.

This kind of fellowship requires a great deal of volunteering, as well as a financial commitment from many of Louisa’s businesses.

To verify eligibility citizens were asked to bring a valid KY iD showing that they were Lawrence County residents, as well as income tax forms or SNAP assistance verification showing how many dependents were under the age of 16 in the household.

The number of toys was solely based on the amount of donations received.  Gifts were distributed on a first come/first serve basis for parents. Grandparents who also qualified could line up at 2pm after the parents’ lined closed.

According to Corey Longstreth, a spokesperson for the LVFD, “The event would not be possible without the many hours of the firefighters and police officers standing in the rain, cold, wind to obtain donations.” she said.  “They collect donations throughout the year and even take gently used toys.”

Here are some pictures from the event: 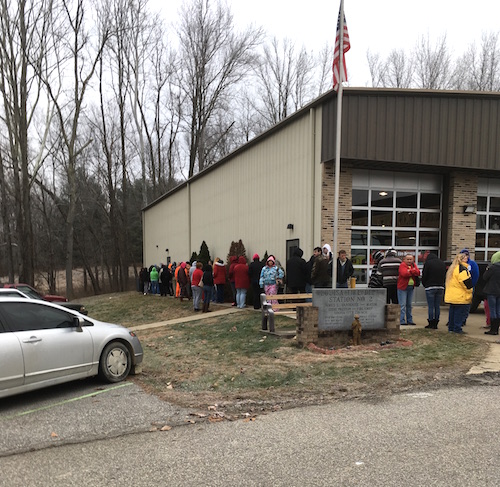 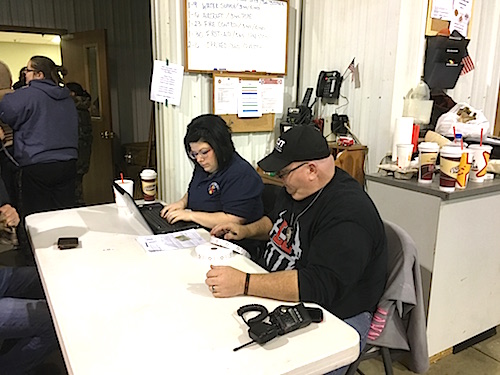 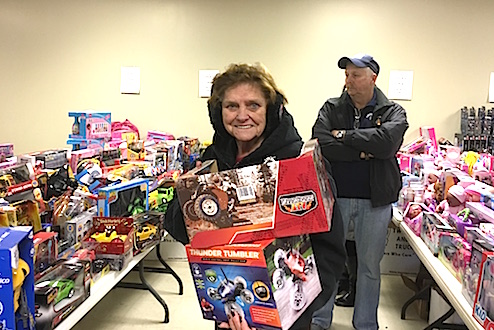 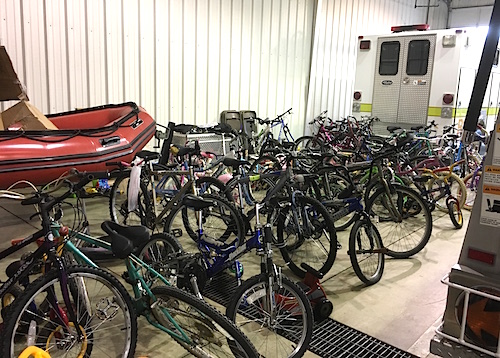 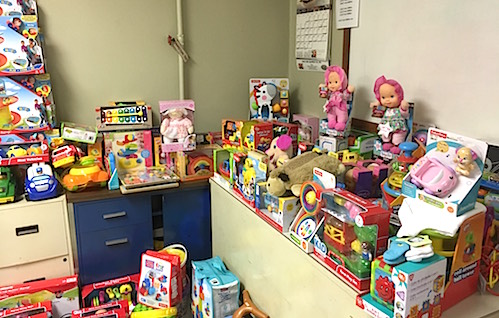 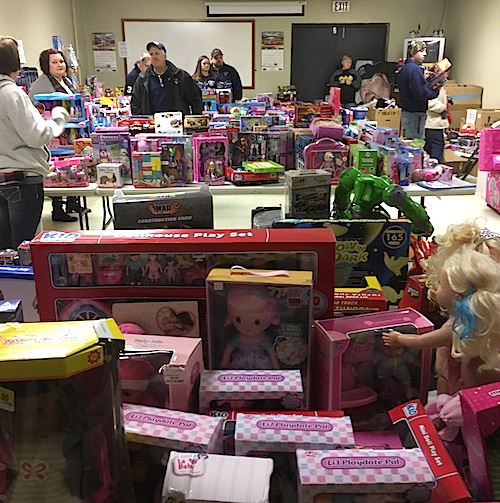