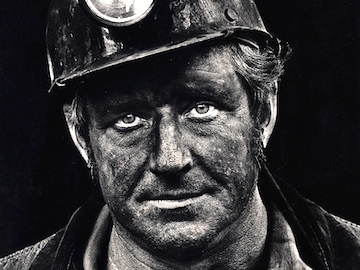 A federal report released last week by the U.S. Centers for Disease Control and Prevention cites the work of a local radiologist in identifying a “resurgence” in progressive massive fibrosis (PMF), the most severe form of the disease known as “black lung.”

According to the report, summarized in the CDC’s Morbidity and Mortality Weekly Report, the National Institute for Occupational Safety and Health was contacted by an unidentified radiologist, who reported a sharp increase in the number of PMF cases among patients who were coal miners seen at his practice serving Eastern Kentucky.

According to the report, the prevalence of PMF had fallen after the implementation of the Federal Coal Mine Safety and Health Act of 1969, and its 1977 amendment. The report said that, between 1990 and 1999, there were only 31 unique cases of PMF identified by the Coal Workers’ Health Surveillance Program.

However, the investigation sparked by the radiologist this year found a cluster of 60 cases of PMF being identified between January 2015 and August of this year.

The report also notes that the cases were brought to the attention of NIOSH through the local radiologist, as opposed to through the Coal Workers’ Health Surveillance Program, which stipulates that active coal miners be offered no-cost medical monitoring, which includes a chest radiograph at entry into mining and then at approximately five-year intervals.

Wes Addington, an attorney with the Appalachian Citizens Law Center in Whitesburg, which specializes in helping miners obtain Black Lung benefits through the Department of Labor, said he believes the miners are concerned about their jobs, which contributes to such a small number of participants.

“The guys that I have been around are worried that, while they are working, if they have serious chest X-rays it is going to cause them problems with continuing to work,” he said.

Addington said there were several reasons that could cause the dramatic uptick in black lung cases. One reason is the quality of the seams of coal that are being mined.

“All of the good coal seams are long gone,” Addington said. “The days that you could mine a solid coal seam are gone. You many have to mine a good bit of rock because the coal seam is so thin. If your coal seam is 24 inches, you are going to have to dig a lot of additional rock to run your mine. Rock dust in an underground coal mine setting is much more deadly to your lungs that just coal dust — you have silica and other issues that come up.”

The amount of exposure miners are experiencing is also a factor, Addington said.

“Typically miners used to work a regular shift, eight or maybe nine hours,” he said. “For the past 20 years, miners have worked long shifts, 70, 80, 90 hours in a week. What the doctors have told us is that you are not giving your body much time after being exposed (to hazardous conditions) to clear that up. You are not allowing yourself the rest time.”

He also said that miners are often encouraged by coal companies to produce data that shows that the dust levels in mines is within approved limits.

“I hear routinely from miners that there is cheating on dust sampling,” Addington said. “There is inadequate control by the company. Some are much worse than others. They are not protecting miners from illegal levels of dust. When it comes time to sample dust, the dust pumps are in their lunch pail or put in clean air intakes. So it seems like it is on a working miner, but it is in a place that doesn’t get much dust. So, when MSHA gets data from these mines, there are not levels of dust that would cause this many miners to get black lung. Your data is not good — your getting inaccurate results because of the cheating. “

Addington said the number of complicated, or PMF, cases is rising.

“When I started doing this 12 years ago, I rarely had a complicated black lung case,” he said. “But those complicated cases have risen 500 to 600 percent in the last four or five years. Miners that worked back in the 1950s and 60s contracted black lung at a rate of 3 percent. But, now, 5 percent of miners are getting it. It’s a scary situation.”