NO INCREASE IN CITY GARBAGE COLLECTION RATE –YET 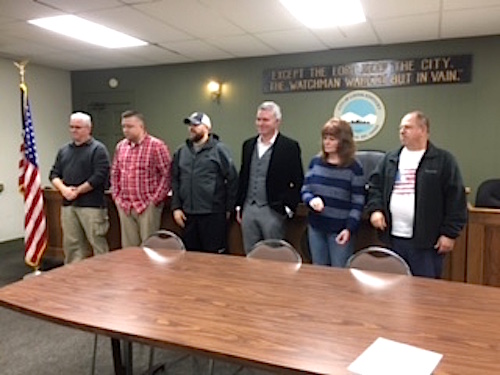 After the pledge and opening prayer the new members for the following year 2017 took their oath and were sworn in by Adams. New members coming on board are John Nolan and David McKenzie. The Mayor thanked the outgoing members and welcomed the new Council.

The Mayor’s comments were then reviewed. 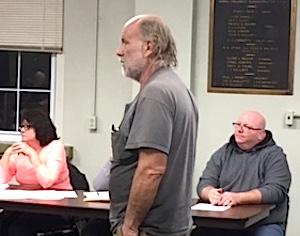 *  The major street problem on Rice Ave has been looked into and the city will replace the tile that has caved in and broken. The repair will cost the city about $3,000. The city will purchase the tile.

*  The Utility Board has narrowed their contractor engineer search for the water and sewage project to four contractors and will decide upon them in next week’s meeting.

*  The City’s garbage rates at the landfill have recently raised and the Mayor will distribute, the expenditures and income from the garbage in the city, to the members at next month’s meeting. The current rate is $24.50 per ton which is an increase from the previous $19 per ton.

Motion made by Ron Cordle, second by John Nolan to approve the minutes from the November 1, 2016 meeting. All members were in agreement.

The were no new comments on the Levisa Lane project by Eldred Adams.

Local businessman William Marcum was present to defend his place of business on Boone and Pike St. He stated that restoring and working on cars was his livelihood and that is was not a junk yard. He is a mechanic and has had the business for years, he said. The Council unanimously agreed that it was not a junk yard according to the statute.