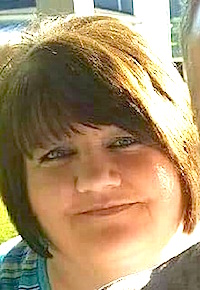 She was born in Louisa on August 17, 1967 to the late Floyd Robertson, Jr. and Brady Stone Robertson. Melissa was a homemaker and loved her family dearly.

Besides her parents she was preceded in death by one nephew David Jordan.

Funeral Services will be held on Wednesday, December 14, 2016 at 1:00 pm at the Young Funeral Home Chapel with Minister Jim Farley officiating burial will follow at the Sartin Family Cemetery in Fort Gay.

Visitation for family and friends will be on Wednesday at the Young Funeral Home Chapel after 11:00 am until service time.