It came to my mind the other day that we Christians often study the mystery of what is known in Christian circles as the Holy Trinity; the Father, Son, and Holy Spirit, but we end up accepting in faith what seems impossible in our minds. When I was a child being instructed by Bill Keeton, my Sunday school teacher, and by several ‘preachers’ that were assigned to the Louisa Methodist Church over my tenure, it really wasn’t difficult for me to accept the various things I was told as a matter of faith. As children we were often asked at the movies to believe in something. Jiminy Cricket and Tinker Bell come to mind. Even our parents would remind us to ‘have faith’ when we expressed doubt or worry. To save Tinker Bell the audience immediately declared their belief and Tinker Bell recovered. One could see her strength returning as her glow brightened.

For children it is natural to take things literally, at face value. When were asked to believe that everything would be fine, or that things would get better, we trusted and lived in the belief that what we were told was true. During the depression President Roosevelt told America that ‘the only thing we have to fear is fear itself.’ America believed him and recovered.

When it came to our thoughts of God we knew that our parents and other adults had accepted God’s Word in faith. For me, it would be much later when I personalized this faith by accepting Christ. It was that baby of Bethlehem that provided salvation for me. For those who come to that knowledge, life changes. In my case, the change brought life to the Christmas Story as recorded in Luke 2, in the Bible. This miraculous birth is the reason for celebration.

In thinking about it I came to the conclusion that these three popular stories about Christmas are in their own ways a big part of our lives. They each have influence in our lives, whether we believe, or not. Not believing in something doesn’t mean it’s not true. Even taking action to avoid the subject affirms its existence. So consider with me the influence each of three stories have made in our lives.

Last night I watched one production that was based on the story, “A Christmas Carol,” penned by Charles Dickens back in 1843. This was ninety-nine years before I had slipped into this world. It would 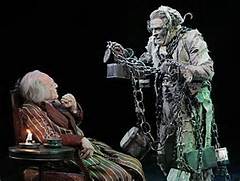 still be many years before I’d hear the phrase ‘Bah Humbug!’ That probably was a good thing. I saw from the expressions in the face of my grandchildren that younger kids may find the story to be nightmarish. After all, the whole concept of seeing ghosts, experiencing sickness, poverty, and death is a bit deep for kids. I wonder if I was over-protective of my kids over the years, or if I was wise in shielding them from some of the realities of life. In spite of its format, Dickens’s story has great merit, for sure. Once we get a little age on us the realization of damage that may be caused by misaligned values, (sin) as Scrooge had, opens a window of understanding about what is really important in life. If, thanks to a trinity of ghosts, these tender hearts can hold out and finally see Ebenezer rescued in the end then the pain endured will have good purpose by laying a foundation for building a happy life.

It was some years earlier that a Christmas poem, which seemed much more child-friendly, was written. This poem created in 1822, two decades before Dickens’s tale, written by Clement Clark Moore, is 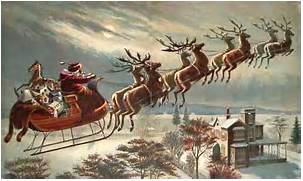 known today as ‘The Night before Christmas.’ At first it was called ‘A Visit from Santa.’ The story is often read by parents to their children on Christmas Eve., or on the days leading up to this annual event. While the story itself didn’t start the Santa Claus tradition as we know it today, it did go a long way to embed the idea and subsequent belief in Santa during the 19th, 20th, and now 21st centuries. A boon to retailers, this poem does little else but sell the whole secular Christmas dream. To some, this is what Christmas is all about. Never mind that it distracts from the true meaning of Christendom’s teachings relating to the birth of the Savior. Of these three Christmas stories we see the focus in the ‘Night before…’ as in a myth that invites young minds to think of the ‘joys’ of opening presents and having things. Whether it is sugar-plums, or gifts under a tree, an image of the magical holiday season is painted as the purpose of celebration. Can we write Santa or sit on his lap to get what we want? Did the Christ-child whisper what gifts the Magi should render? Is it all about Christmas wishes?

Yes, Scrooge is scarier, but much more to the real target. It promotes the concept of kindness and being honest with our fellow man. Dickens wove a story leading us to understand the importance of the things most valuable in life. Ebenezer discovers that money isn’t as precious as love, family, and caring for the less fortunate. A changed man, Scrooge befriends those he had used over a life-time for his lawful, but ill-gotten and heartless gains. Now he opens up his purse and his heart to others, including Tiny Tim and a full cast who declare the phrase ‘God bless us, everyone.’ Yes, this one was about blessings, but not the man-made kind. It’s about caring for others and making the world a better place. 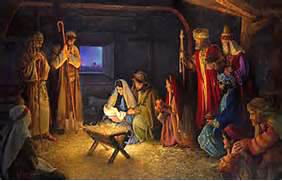 Well before that 19th century, we have another story that explains the true mystery of life. Knowing already the story of creation, and the resultant failure of man, this story explains the mystery of the ages. Once an outcast, we children of Adam are now given the promise of new life. It begins with this infant who is The King, worthy of the highest recognition, celebration, and accommodations, but who is born with no great wealth in a smelly barn, and laid on hay. It is not a bed of expensive gold-woven cloth, as one would expect royalty to have, but He was simply wrapped in rags. He would soon have threats on His young life and have to flee. Mortal danger continued to court Him until 33 years later when he was put to death. Like Scrooge, we became the benefactor of something truly worth celebrating. We are promised new life by reason of this child’s birth and the subsequent death and resurrection of this gracious person. Christmas is a story about the greatest act of love possible. This is the one worth remembering as the true story of Christmas.

Know this: The real mystery cannot be solved in our personal lives without faith any more than can ‘Tinker Bell’s,’ or Ebenezer Scrooge’s. This story from the Bible is seen as foolishness by many, and as an outdated tradition by some, but to those who have seen the light it is a sign of God’s infinite grace and the promise of victory.

In an informed world the other two stories can have their place. They are not evil, but we must use caution and stay on guard that they do not replace the real Christmas story. The Santa story is warm, encourages imaginations, and excites the young.  ‘A Christmas Carol’ teaches important lessons, too, and doesn’t deny God’s role. Just remember, the real Christmas Story is the one found in Luke 2. Read that one to the kids, too, and let them know that this one is not a fairy tale.  mcoburncppo@aol.com