ROTARY TO DONATE $1,000 TO STRUGGLING GATLINBURG 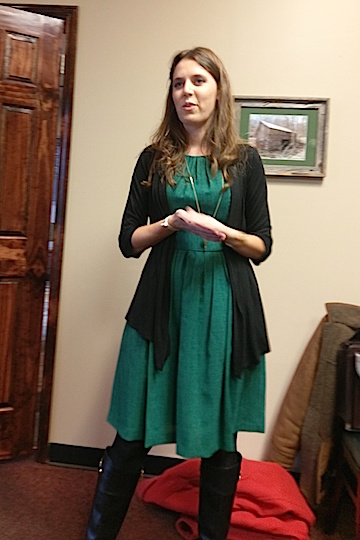 Rotarians gathered at the Southern Spoon for their weekly meeting on Thursday, December 8th. The first announcement was to acknowledge the birthday of Pat Hart. President Lindsey Case also told Rotarians that her high school students have a “dollar club” that donates to any good cause that comes up, and they will be donating their money this year to the people of Gatlinburg after the recent fires.

Greg Kiser made a motion the local rotary club to follow suit and the club donate $1,000. Chris Jobe second the motion.

The speaker this week was Patricia Hatfield, owner of Simple Treasures in downtown Louisa. She spoke of the struggle to have a small business in a small town during an economic crisis. Her husband had been a coal executive for several years, and when the layoffs began, they decided to be proactive and try something new.

Ms. Hatfield displayed several things that were for sale in her store made by local people. Simple Treasures is located at 302 East Main St. and they carry Antiques, Vintage and a variety of things such as locally made quilts.

In closing they reminded Rotarians about their Christmas party and with that they adjourned for the week.