BLAIR PUTS 50 UP ON BULLDOGS IN JOHNSON CENTRAL WIN

TIMMY DALTON POURS IN 42 IN LOSS TO JC 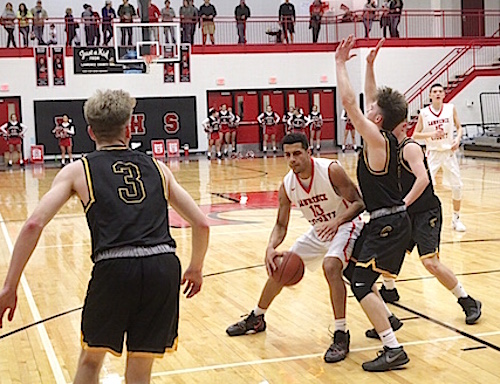 Louisa, Ky Timmy Dalton poured in 42 points but it wasn’t enough as Mason Blair scored a career high 50 points in a 93-78 Johnson Central victory Thursday night at the Dawg House.

Johnson Central stormed out of the gates to a 27-16 lead after one quarter and led 46-35 at half behind Blair as he hit 9-16 three pointers in the first half.

The Eagles improved to 3-0 and the Bulldogs fell to 4-2 on the young season.

Blair hit a Johnson Central record for three pointers in a game with 12 on 26 attempts and went 18-33 from the field. Dalton went 18-30 from the the field and brought down 10 rebounds. 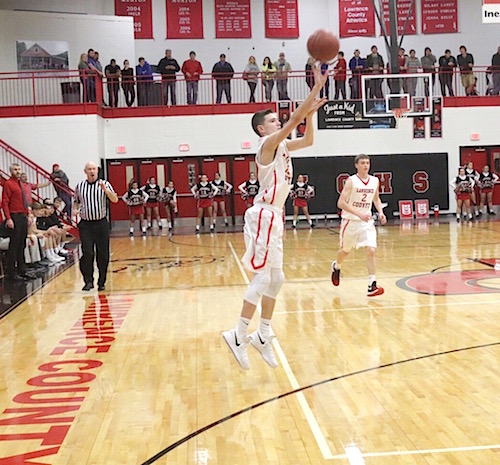 Cole Crace tallied 25 points to help his backcourt mate in the victory. Austin Davis scored 8 points, Jacob Rice 6 points, Dalton Collins and 7 foot German transfer Leon Moshefy had 2 points each. JC went 15-33 behind the arc and went 4-5 from the line.

Both teams will be back in action Saturday night in the Johnny Martin Classic at Allen Central. The Eagles will play Rowan Co. at 5:30 and the Dawgs will play the host at 7:30.