SHOPLIFTERS OF THE WORLD UNITE – Tis the season! 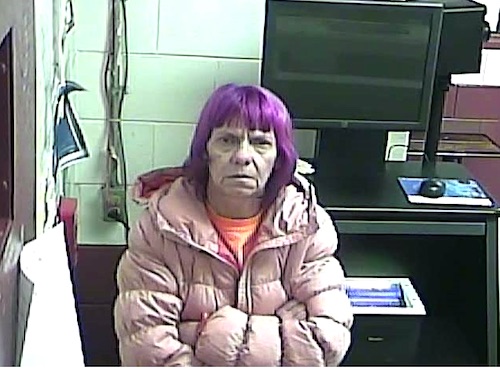 ‘Shoplifters of the world …

Unite and take over…

Shoplifters of the world …

The Smiths – Shoplifters Of The World Unite (Official Music Video) 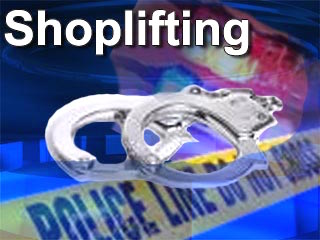 Lawrence County law enforcement is warning local businesses to be on a much higher state of alert, as there has been in recent weeks a huge spike in shoplifting arrest cases throughout the Louisa area.

In the last 5 weeks (since November 1), out of the 60 people arrested in Lawrence County, 20 have been arrested for shoplifting, including 3 for felony shoplifting charges of theft of over $500 to $10,000 in merchandise.

The theft suspects are made up of a mixture of local residents, as well suspects from out of town (and out of state as well).

And the shoplifting epidemic is even worse out beyond Lawrence County, especially in West Virginia, with the worst being in the Huntington and Charleston areas.

(EXTRA RELATED NOTE: DO NOT DRIVE AND LEAVE A CAR IN CHARLESTON. CAR THEFTS ARE UP 600% IN THE LAST YEAR. ONE RECENT AUTO THEFT SUSPECT UP THERE WAS FOUND CARRYING AROUND 30 STOLEN CAR KEY SETS ON HIS SELF.)

And what exacerbates the shoplift theft cases into super bad levels in West Virginia is the state has way much more lenient shoplifting laws than those of Kentucky.

In West Virginia, you do not get arrested for your first two shoplifting detainment, no matter the dollar amount value of the merchandise that was stolen; you are given citations to appear in court.  For example there last week a male suspect caught at the Huntington Mall in Barboursville stealing nearly $1,100 in merchandise at a Macy’s store, was not arrested. Instead, he was given a citation summons because it was his first shoplifting charge.

In Kentucky, that would be automatically a felony arrest, even if it would be a suspect’s first shoplifting arrest case in this state.

The irony is if you are caught a third time shoplifting in West Virginia, no matter the amount, no matter how small, even if it is for $1 candy bar, it is automatically a felony charge.

Here are the laws as they are written as they relate to spectrum of shoplifting offenses in West Virginia:

(a) A person commits the offense of shoplifting if, with intent to appropriate merchandise without paying the merchant’s stated price for the merchandise, such person, alone or in concert with another person, knowingly:

(1) Conceals the merchandise upon his or her person or in another manner; or

(2) Removes or causes the removal of merchandise from the mercantile establishment or beyond the last station for payment; or

(3) Alters, transfers or removes any price marking affixed to the merchandise; or

(4) Transfers the merchandise from one container to another; or

(5) Causes the cash register or other sales recording device to reflect less than the merchant’s stated price for the merchandise; or

(6) Removes a shopping cart from the premises of the mercantile establishment; or

(7) Repudiates a card-not-present credit or debit transaction after having taken delivery of merchandise ordered from the merchant and does not return the merchandise or attempt to make other arrangements with the vendor.

(b) A person also commits the offense of shoplifting if such person, alone or in concert with another person, knowingly and with intent obtains an exchange or refund or attempts to obtain an exchange or refund for merchandise which has not been purchased from the mercantile establishment.

(a) Evidence of stated price or ownership of merchandise may include, but is not limited to:

(1) The actual merchandise alleged to have been shoplifted; or

(2) The unaltered content of the price tag or marking from such merchandise; or

(3) Properly identified photographs of such merchandise.

(b) Any merchant may testify at a trial as to the stated price or ownership of merchandise, as well as to other matters pertaining to the case.

A person convicted of shoplifting shall be punished as follows:

(a) First offense conviction. — Upon a first shoplifting conviction:

(1) When the value of the merchandise is less than or equal to five hundred dollars, the person is guilty of a misdemeanor and shall be fined not more than two hundred fifty dollars.

(b) Second offense conviction. — Upon a second shoplifting conviction:

(c) Third offense conviction. — Upon a third or subsequent shoplifting conviction, regardless of the value of the merchandise, the person is guilty of a felony and shall be fined not less than five hundred dollars nor more than five thousand dollars, and shall be imprisoned in the penitentiary for not less than one year nor more than ten years. At least one year shall actually be spent in confinement and not subject to probation: Provided, That an order for home detention by the court pursuant to the provisions of article eleven-b, chapter sixty-two of this code may be used as an alternative sentence to the incarceration required by this subsection.

(e) In determining the number of prior shoplifting convictions for purposes of imposing punishment under this section, the court shall disregard all such convictions occurring more than seven years prior to the shoplifting offense in question.

An act of shoplifting as defined herein, is hereby declared to constitute a breach of peace and any owner of merchandise, his agent or employee, or any law-enforcement officer who has reasonable ground to believe that a person has committed shoplifting, may detain such person in a reasonable manner and for a reasonable length of time not to exceed thirty minutes, for the purpose of investigating whether or not such person has committed or attempted to commit shoplifting. Such reasonable detention shall not constitute an arrest nor shall it render the owner of merchandise, his agent or employee, liable to the person detained.

(a) As used in this section:

(1) “Theft detection device” means any tag or other device that is used to prevent or detect theft and that is attached to merchandise held for resale by a merchant or to property of a merchant.

(3) “Theft detection shielding device” means any laminated or coated bag or device designed to shield merchandise held for resale by a merchant or property of a merchant from being detected by an electronic or magnetic theft alarm sensor.

(h) Any person convicted of violating the provisions of subsection (f) of this section is guilty of a misdemeanor and, upon conviction thereof, shall be fined not less than one hundred dollars nor more than five hundred dollars, and such fine shall not be suspended, or the person shall be confined in the county or regional jail not more than sixty days, or both.

(i) The activation of an anti-shoplifting or inventory control device as a result of a person exiting the establishment or a protected area within the establishment shall constitute reasonable cause for the detention of the person so exiting by the owner or operator or the establishment or by an agent or employee of the owner or operator, provided sufficient notice has been posted to advise the patrons that such a device is being utilized. Each such detention shall be made only in a reasonable manner and only for a reasonable period of time sufficient for any inquiry into the circumstances surrounding the activation of the device or for the recovery of goods.

(j) Such taking into custody and detention by a law-enforcement officer, merchant, or merchant’s employee, if done in compliance with all the requirements of this section, does not render such law-enforcement officer, merchant, or merchant’s employee criminally or civilly liable for false arrest, false imprisonment, or unlawful detention.

(a) General rule. — Any person who commits any of the acts described in section one of this article shall be civilly liable:

(1) To restore the merchandise to the mercantile establishment; and

(2) If such merchandise is not recoverable or is damaged, for actual damages, including the value of the merchandise involved in the shoplifting; and

(3) For other actual damages arising from the incident, not including the loss of time or loss of wages incurred by the mercantile establishment or any merchant in connection with the apprehension and processing of the suspect; and

(4) In all cases, for a penalty to be paid to the mercantile establishment in the amount of fifty dollars or double the value of the merchandise, whichever is higher.

(b) Costs and attorneys’ fees. — A merchant who is a prevailing party under this section is entitled to costs.

(d) Right to demand payment. — The fact that a mercantile establishment may bring an action against an individual as provided in this section does not limit the right of such establishment to demand, orally or in writing, that a person who is liable for damages or a penalty under this section remit said damages or penalty prior to the commencement of any legal action.

(a) “Conceal” means to hide, hold or carry merchandise so that, although there may be some notice of its presence, it is not visible through ordinary observation.

(b) “Merchant” means an owner or operator of any mercantile establishment, and includes the merchant’s employees, servants, security agents or other agents.

(d) “Merchandise” means any goods, foodstuffs, wares or personal property, or any part or portion thereof of any type or description displayed, held or offered for sale, or a shopping cart.

Here are the laws as they are written as they relate to the various levels of shoplifting offenses in Kentucky:

433.234 Shoplifting – (1) Willful concealment of unpurchased merchandise of any store or other mercantile establishment on the premises of such store shall be prima facie evidence of an intent to deprive the owner of his property without paying the purchase price therefor.

(2) All city and county law enforcement agencies shall cause to be made a photograph, a set of fingerprints and a general descriptive report of all persons except juveniles arrested for theft through an act of shoplifting. If convicted, two (2) copies of each item shall be forwarded within thirty (30) days to the Department of State Police of the Justice Cabinet.

433.236 Detention and arrest of shoplifting suspect.

(a) To request identification;

(b) To verify such identification;

(d) To recover or attempt to recover goods taken from the mercantile establishment by such person, or by others accompanying him;

(2) The recovery of goods taken from the mercantile establishment by the person detained or by others shall not limit the right of the persons named in subsection (1) of this section to detain such person for peace officers or otherwise accomplish the purposes of subsection (1).

(3) Any peace officer may arrest without warrant any person he has probable cause for believing has committed larceny in retail or wholesale establishments.

Kentucky law punishes shoplifting under the general category of “theft by unlawful taking or disposition.” Theft applies to anyone who takes the property of another with intent to deprive the owner of the property or its value. The act of concealing unpurchased goods in a store can be used as rebuttable evidence that the individual intended to deprive the owner of the goods without paying the purchase price.

In Kentucky, shoplifters (or the parents or legal guardians of unemancipated minor shoplifters) can be sued in civil court by victimized shoplifters for actual damages, a penalty in the amount of the retail value of the merchandise, up to $500, and an additional penalty between $100 and $250.

Pretrial diversion programs are available to certain individuals accused of first-time and low-level crimes. If an accused completes the program-mandated requirements, which may include community service and making restitution to the victim, the criminal charges will be dropped.

When a diversion program is not an option, the accused may be able to arrange a plea bargain with the prosecutor assigned to the case, who has discretion to show leniency in appropriate situations. A prosecutor may, but does not have to, offer a reduced sentence or a reduced charge, in exchange for a guilty plea.