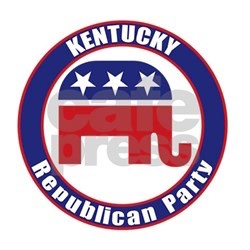 MADISONVILLE – State officials gathered in Madisonville this week to give a number of county administrators and business leaders a sneak peak into the upcoming 2017 session of the Kentucky General Assembly.

With an expected state revenue growth of about 3 percent — half of the U.S. average of 6 to 7 percent — and a slow climb out of the national recession, the incoming Republican “supermajority” in the state legislature has its work cut out for it next month, according to Kentucky Chamber President Dave Atkisson.

“(Kentucky) didn’t go deep into the recession, but we’re not coming out as fast,” he said Monday during a legislative preview at the Country Cupboard. “We have grown to about 3 percent revenue, or ‘new money,’ which is what we got last year plus about 3 percent.

“In your community … education didn’t get a lot of extra money coming in, but there also weren’t major layoffs of teachers or state workers,” he continued. “This is the reality of what we’re dealing with in Frankfort.”

Atkisson noted a slow economic recovery coupled with a “severe shortage” of funds has all but crippled the state’s ability to grow at the same rate as the union. To make matters worse, the ongoing “pension crisis” that affects thousands of Kentucky retirees has further stunted the commonwealth’s foreseeable future.

“Pensions — that is the Sword of Damocles hanging over everyone’s head,” State House District 9 Rep. Myron Dossett said. “Last December, I received the first complete overview considering pensions that detailed it out for me — where we started, what issues came along and what led us to this point.

“Transparency is the key thing, and taxpayers deserve to know where that money is going and how it is being spent,” he added. “Retirees are scared to death of what is going to happen to their pensions and they deserve to know. Young people deserve the opportunity to provide for themselves and their children.”

According to Atkisson, Kentucky retirees are living an average of 16.5 years longer than they did when the pension system was enacted in 1940. To compensate for the state’s financial shortfall, changes must be made from the inside out.

Atkisson said the Kentucky Chamber is currently lobbying for the “Four Pillars for Prosperity,” which includes the creation of a healthy and skilled workforce, sustainable state government, contemporary infrastructure and aggressive job creation. Like fitting together the pieces of a jigsaw puzzle, changes made within the items of one pillar affects the items of another, he said.

Within the government and infrastructure initiatives, Kentucky Chamber lobbyists are asking legislators for increased financial oversight and transparency provisions while making reforms to criminal justice penalties and the prevailing wage.

“If your city, county, university, state government, or prison has a construction project that’s going to cost more than $250,000 — which most projects are — you will pay the prevailing wage in Kentucky,” Atkisson said. “It is an artificial prevailing wage created by a beauraucratc mechanism that is in-tune to organized labor.”

Atkisson said he has heard of construction projects that paid workers $44 per hour and that can easily add 10-16 percent to the total construction cost. Some legislators in the past have previously suggested repealing the prevailing wage on certain types of projects, but he said he is confident that the Republican supermajority could repeal the wage completely in January.

Within the working sector, Atkisson said educating an incoming workforce properly is key to creating a competitive economy.

“Our (high school) dropout rate has gone down,” he said. “More kids are college and career ready than ever before.”

By establishing close-knit system of charter schools, along with using common standards in public schools as adopted by the Kentucky Department of Education, all students, regardless of their current ability, can receive the education needed to fill positions created by ongoing workforce investment.

If successful in any of the four key areas, the state will remain on a path of success, Atkisson said.

“This is our ‘Christmas wish list,'” he said, “and we’re not going to get it all. We all agree it would be good to be cautious about moving to fast too soon.

“This is our best attempt, in terms of representing the censuses of businesses, and thats what we will take to the halls (in Frankfort),” he added. “Hopefully we can report some pretty quick progress in this session.”

Progress reports on the 2017 legislative session can be found at www.kychamber.com or www.kychamberbottomline.com.