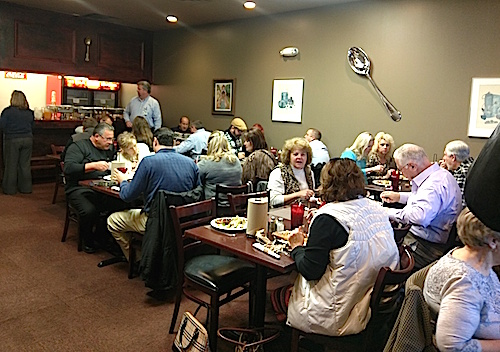 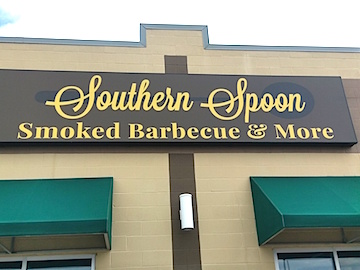 Louisa Rotary met for their weekly meeting on Thursday, December 1st at The Southern Spoon.

The Southern Spoon is a new, locally owned restaurant that features smoked barbecue ribs, brisket, pulled pork, steak, catfish and more. It is located beside Walmart in Louisa. Rotary will continue to meet in their Party Room for the month of December.

After opening prayer, the pledge of allegiance and four way test, it was announced that Rotarian Elaine Desario celebrated an anniversary last week. In other announcements, a paper was sent around for anyone attending the Annual Rotarian Christmas party. 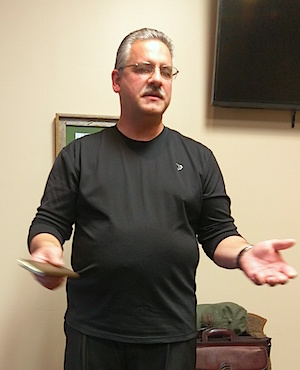 This week’s speaker announced himself as “not a public speaker”, yet he had everyone captivated the entire time by either laughter or on the brink of tears.

The owner of Lighthouse Collision, Kenny Aldrich, spoke of his life, his personal journey to becoming a godly man, and his business. He began with a small story:

“A man puts out four jars. One was filled with dirt, one with chocolate, one smoke and one with alcohol (liquor). He put a worm in each one. Later he came back and the worm in the dirt was alive and crawling around. The other worms had died. The moral to the story? If you smoke, drink or eat chocolate..YOU WON’T HAVE WORMS!”

Aldrich spoke of how his business, located on US 23 North of Louisa, had come to be, and how it got its name.

Lighthouse is a symbol of overcoming challenges, adversity or guidance, which is exactly what Kenny had to do all of the way through his life. It was a plus that his wife collected the many lighthouses through the years. At the end of his speech, Aldrich awarded Rotary member Susie Chambers for laughing the loudest.