LOUISA, Ky. —  In a 85-65 win over East Carter on Tuesday night at home LCHS senior Timmy Dalton scored 51 points which is a single game record for boy or girl at Lawrence Co. Steven Driver ( 45 ) and Taylor Porter ( 48 ) had the previous records, Dalton also broke his brother Robert’s career mark and for good measure he went over the 2,000 point barrier in the same game. Dalton has 2,039 career points ( verified by Coach York ) after last nights victory. 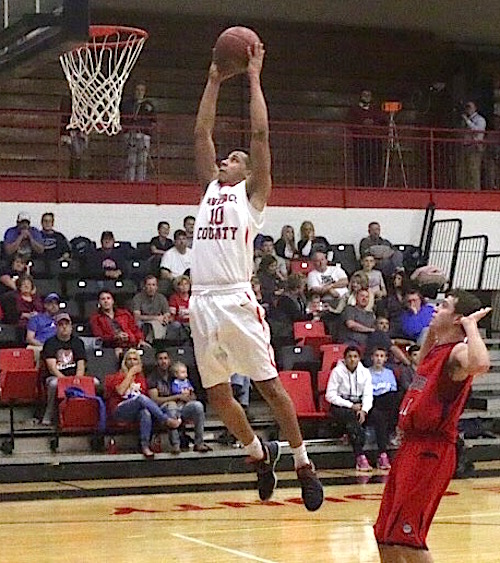 The Dawgs improved to 2-0 to start the season with another good performance in front of a nice crowd at the Dawg House. 8th Grader Jared Wellman played another solid game with 16 points, Junior Alex Gilliam had 8 points and 8 steals, Junior Trey Dotson and Freshman Tyler Maynard chipped in with 5 points each. LC went 18-21 at the foul line and hit 4 three pointers. Cameron Bailey was top scorer for East Carter with 18 points in the Raiders season opener. 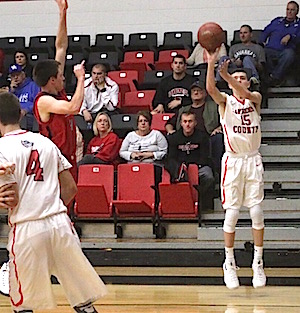 On Monday night in West Liberty it was the Dawgs opening up the season with a 73-35 thrashing of Morgan Co. Timmy Dalton paced the Bulldogs with 35 points, Jared Wellman had 20 in his varsity debut, Trey Dotson tallied 6, Alex Gilliam had 4, Chase Sartin and Alex Ratliff had 3 each, Cameron Maynard chipped in with 2. LC shot 7-8 from the line and hit 6 three pointers.

“… Timmy is playing off the charts right now awesome performance the last two nights and another nice team win for our guys. We didn’t run a lot of sets for him it mostly off rebounds and steals and says lot about our team defense it was really good again tonight. A lot of that comes from Timmy’s leadership they really look up to him. He knows what it takes to win a regional championship and he is showing the way.” Alex Gilliam is really starting to learn and that is huge for us he doesn’t have to be great just be good. He was really good on defense I think he had 5 steals in the first half and that lead to some easy buckets.”

“… We got the win and that is the most important thing, we pushed the lead out a little and then they made a little run to get back into the game and I knew it was my time to takeover and settle us down a little.” I thought all are guys played well for the second straight game.” Finally broke Robert’s record and he feel pretty good, we trashed a talked a little on Monday night and total it wasn’t going to last long, he told me he got it first and he was hanging on to that.” So many people to thank my oldest brother Johnathan, my mom, Tanner, Michelle, coach York, and my AAU coach as well.”