LOUISA, Ky. — This letter was sent to our mailbox at about 1:30 today. We are delighted that the county has figured out how to operate on the current budget. But we also want to set the story straight about what was said at this month’s meeting. 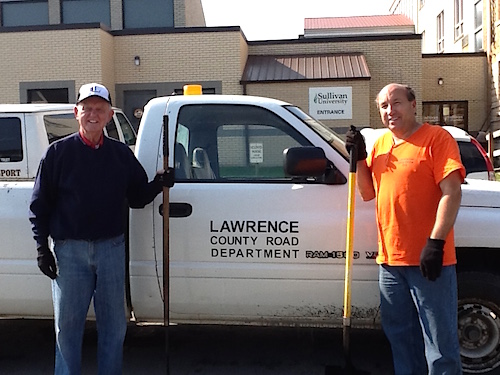 In response to your letter, Sabrina nor the state said “the state has required some measure to be taken by today”.  She was just advising the Fiscal Court of the rising jail costs and asking where to take the money from to facilitate it, so as not to overspend the budget.

The Jail budget expenditures are up due to more inmates being housed and their medical bills.

There are no plans for a tax raise.

Most seasonal and part-time workers have been laid off as of this date.  More layoffs may be issued as necessary in the next few months.

We will not receive any more coal severance money until the last week of January or first week of February.  So the funds for the Jail Fund will need to be transferred from the General Fund for the expenditures.

We do not control the Clerk and Sheriff’s office.

I hope this answers your concerns.

At the end of the November Lawrence Fiscal Court meeting there was some public discussion concerning the subject of the special session (personnel). The county budget has been a source of concern for local officials since news came about the cuts in road monies from the state and the worse than expected severance tax income. 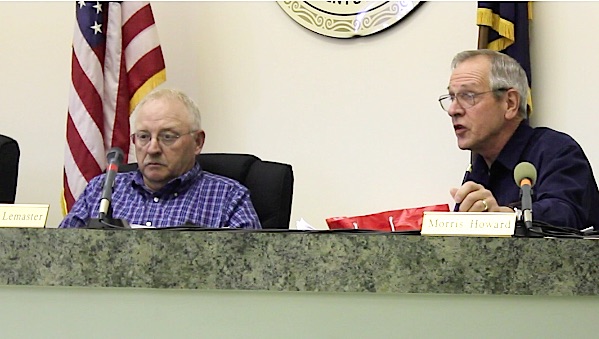 County Treasurer Sabrina Cantrell has been warning magistrates Rick Blackburn and Earl Boggs, both Republicans, and Democrats John J. Lemaster, and Morris Howard along with Democrat judge/executive John Osborne that the county is facing serious financial problems if they keep spending at the current rate.

She said the Jail budget is about $236,000 in the hole halfway through the year and the 911 budget is behind a similar amount, due to less than expected usage. Ms. Cantrell also said the budgets of the two agencies are just under $500,000 per year each.

Judge Executive John Osborne said in the November meeting that… “We are going to have to lay off some people, I can’t see any way out of it,” Osborne said. He also said the cuts would have to be this month (ends today). He now says he didn’t say that and it might have been Ms. Cantrell but it was stated as a reason why they needed to do something that day.

Some of the quotes may have been said in the heat of the moment and were not meant for emphasis, but they were said.

The Judge/Executive has said reporting by me was not accurate on The Lazer. I assure you that I have been in ten times more fiscal court meetings than anyone in this county government. I do not write to dispute anyone or help or hurt anyone individually, but I do like to look after the tax dollars the court spends.