Middle Dawgs off to fast start in wins over Fairview

LOUISA MIDDLE BASKETBALL ON THE LAZER

Louisa, Ky. —  Louisa Middle kicked off the basketball season on Monday night at home and took two out of three from OVC foe Fairview in front of a nice crowd. The Dawgs played well in all three games as the 6th, 7th and 8th Grade teams got the season underway. 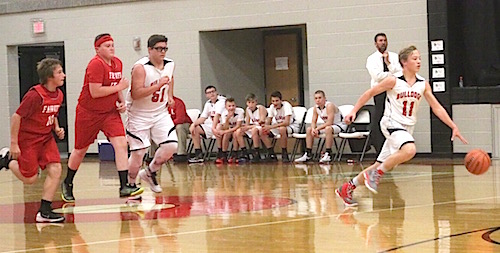 The Dawgs got off to fast start vs the Eagles as they started the game scoring the first 20 points to lead 20-0 after one. Baden Gillispie scored 22 points to lead the Dawgs, Big man Joe Schmidt tallied 12 points, Bryce Blevins came off the bench to score 10, Kyle Davis had 6 points, Trenton Adkins 5 and Danny Hall chipped in with a bucket, Mark Webb, Trey Brumfield, Brock Kessinger, and Jacob Savage played but did not score. 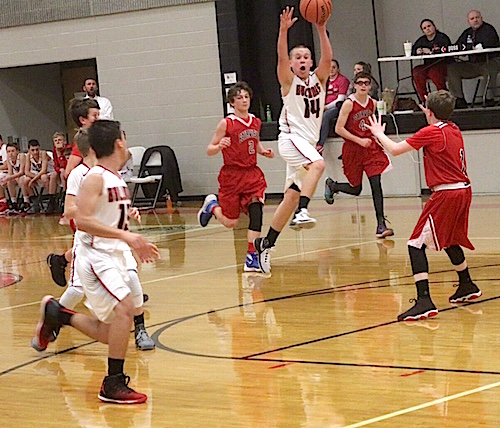 The Dawgs blew a late lead to suffer the loss. LMS fell behind by 10 in the first half and battled all the way back to take the lead with under a minute to go before Fairview regained the lead with 4 seconds to go. Bryce Blevins had 16 points, Trenton Adkins had 15 points, Mason Preston chipped in with 5, Parker Preece 4 points, Adam Skaggs hit a three pointer, and Zach Holt hit one free throw. 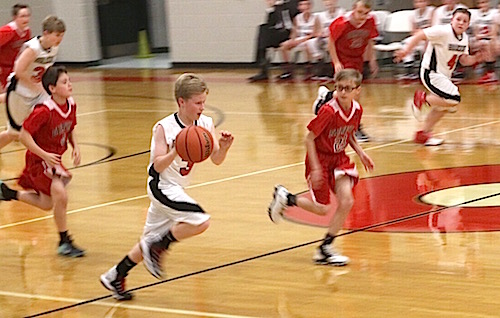 Lawson Baisden paced the Dawgs with 9 points in the victory over Fairview in the first game of the night. Jake Derifield chipped in with 7 points, Gage Meeks hit a three pointer for his only points, Ford Skaggs, Ethan Burgess, and Preston Hopson had 2 points each. JD Montgomery, Blake Williams, Dylan Ferguson, Matthew Clevenger, Luke Parsley, Grant Stalvey and Dylan Whitt played but did not score.

LMS will travel to Raceland on Thursday night. Tipoff will be 5:30 with 6th Grade followed by 7th and 8th.