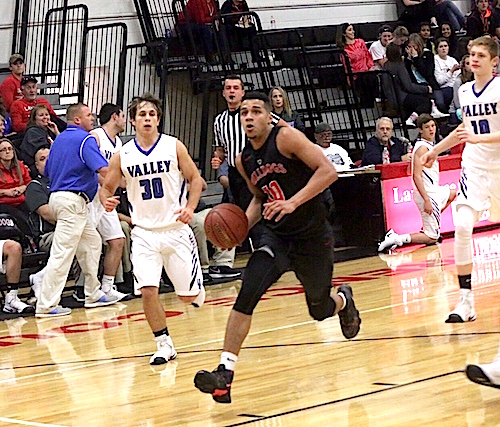 Louisa, Ky. —  In the annual Zip Zone Classic it was Lawrence Co. getting the win 62-48 over Shelby Valley in the last game of the action packed event held at Lawrence Co. on Saturday. There were 8 games played on Saturday in the event many call the best high school preseason event in the state of Kentucky.

LC Senior Timmy Dalton was the leading scorer for the Dawgs as he poured in 33 points in the victory. Lawrence Co. led by as many as 20 points in the third quarter by attacking the basket and not settling for jump shots which will be a key this season.

Lawrence Co. will open the regular season tonight at Morgan Co. and the home opener will be Tuesday night vs East Carter.

Other games in the Zip Zone Classic:

“… They really slowed us down and that’s not our style we need to play fast and try and get easy baskets. Down 3 with four minutes to go and just misses some easy chances down the stretch.” We had open looks and just couldn’t knock them down. We are not good at all in the half court right now.” Ready for the regular season to get going.”

“… Really good effort on our part, I thought the kids played really hard. We got the big lead and we kinda went stagnant on offense and they started to make some three’s.”  Overall good to see us get some things done. Big week coming up with three games in a row to start the week.”