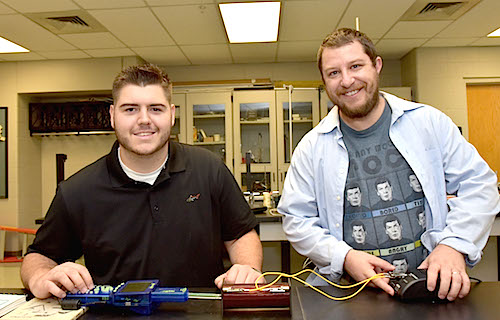 PRESTONSBURG, Ky. – In 2006, a 10-year-old watched his uncle graduate pharmacy school in the mountains of Virginia.

That was when a dream was realized.

That young boy, Braxton Hensley, is now a confident young man. The 21-year-old graduated from Big Sandy Community and Technical College (BSCTC) in May with an Associate in Science degree. Last month, he was accepted to the Marshall University School of Pharmacy.

“It’s just an incredible feeling,” said Hensley, a 2014 Johnson Central High School graduate who works part-time as a pharmacy technician at Rite-Value Pharmacy in Inez. His uncle, Shane Hensley, who also graduated from BSCTC, is a pharmacist at the company’s Louisa location. “When you have a dream of something, and it is validated, it all comes into perspective.”

During the fall semester, Braxton has been taking some of his pre-requisite courses for the Marshall pharmacy program.

“The education I have received at Big Sandy has been first-class,” he said. “I’m not a number here, I am a person… a person who has dreams and a person who is chasing their dream. I could have attended other universities, but I would not have received the caliber of education anywhere else.”

Braxton said the close interaction with faculty was beneficial when he was going through the interview process at Marshall. 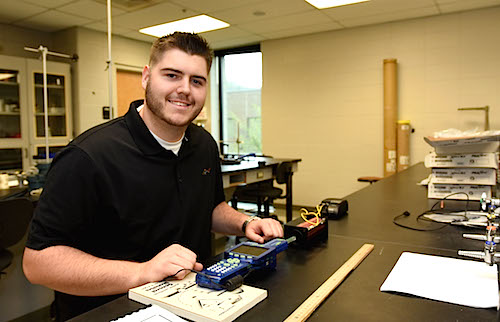 “I knew how to communicate effectively, because I had daily communication with my instructors,” he continued. “They had a vested interest in me and my success, and while that sounds good, that is not the case everywhere.”

Garrison Turner, assistant professor of physics at BSCTC, called Braxton an exemplary student whose “motivation to succeed was unwavering.”

“Our students have the opportunity to gain knowledge that can not only impact their world, but also their lives,” said Turner. “Braxton took advantage of everything, and I am not surprised to see that he is on his way to pharmacy school.”

Braxton chose to attend BSCTC because he wanted to stay close to home. The affordability was also a huge factor.

“I graduated with no debt,” he added.

He chose Marshall because he wanted to stay close to his family and help care for his father, James, who is disabled.

In 2021, Braxton wants his family – and his Uncle Shane – to be in attendance when he graduates.

“The goal is to work locally to help people,” Braxton said. “I also want to start a program to help high school students transition to college.”

BSCTC is currently enrolling for the spring semester. Financial aid is available to those who qualify. For more information or to register, visit bigsandy.kctcs.edu or call (606) 886-3863.