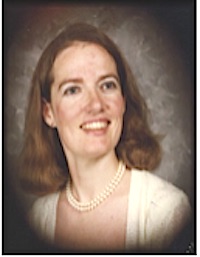 Sandra Adams Hazlett of Ann Arbor, Michigan, died in her home on Wednesday, November 16, 2016, after a long battle with cancer.  Her daughter Nelini, grandson Malachi and best friend Carolyn were by her side; she spent her final days surrounded by brother Bud, cousin Frances, grandson Jackson and son in law Jeff Rhein.

Sandra was born in Louisa Kentucky, the only daughter of the late Judge Eldred E. Adams, Sr., and Frances Flowers Adams of Louisa, Kentucky. She was 74.

Sandra graduated Louisa High School with many honors, and went on to attend college in her home state. A distinguished member of the Class of 1963 of Centre College of Danville, Kentucky, her extracurricular activities included Cento [student newspaper] staff, Centre Players [drama], Centre Choir, Debate Team, Education Club, Homemakers Club, Young Democrats, Senior Pitkin [honorary society], Pi Kappa Delta, secretary [national forensic society], William Ernst Memorial Award [debate] and Dean’s List.  Two and one half years later Sandra graduated from the University of Kentucky Law School where she was a member of the Moot Court Board and Kappa Beta Pi Legal Sorority.  Upon graduation from Law School she was admitted to practice in Kentucky and served as a Law Clerk for the Kentucky Court of Appeals [now Supreme Court].  She was later admitted to practice in Indiana, Illinois, and Michigan, the US Court of Appeals for the 6th Circuit, US District Court for Northern & Southern Districts of California, US District Court for Northern and Southern Districts of Indiana, US District Court of Eastern and Western Districts of Michigan, and Eastern District of Kentucky.

Early in her career, residence in Indiana brought personal legal battles with doctors and hospitals to allow her husband to be present for the births of their two children.  The first battle was a loss (1969); the second was a win (1971), ushering in the age of fathers being allowed into the delivery rooms of their children.

For many years Sandra practiced law in Ann Arbor, Michigan, serving as the President of the Washtenaw County Bar Association (1984-1985), and enjoying a 48-year career focused primarily on bankruptcy, divorce and aviation.

During the mid-1980’s Sandra became a pilot, earning her private pilot’s license in Scottsdale, Arizona, and participating in cross country air races.  Despite only placing 4th in the Shamrock Air Derby (1988), she was noted for gaining permission to transverse Restricted Airspace versus flying around it with her competitors.  Sandra owned and operated a Cessna 182 for many years and she flew herself from Michigan to Arizona.  Her favorite airplane was a J3 Cub on floats, which she flew with a friend across Lake Michigan to attend the Oshkosh Annual Airshow.  In the early 90’s she joined the International Woman Pilots Organization the “99’s” and started specializing in Aviation Law.  Sandra was an AOPA (Aircraft Owners and Pilots Association) Panel Lawyer and served as a member of the Airport Advisory Committee for Ann Arbor Municipal Airport, as well as Department of Industrial Technology Aviation Advisory Committee at Eastern Michigan University, where she was also employed as Lecturer for Aviation Law courses.