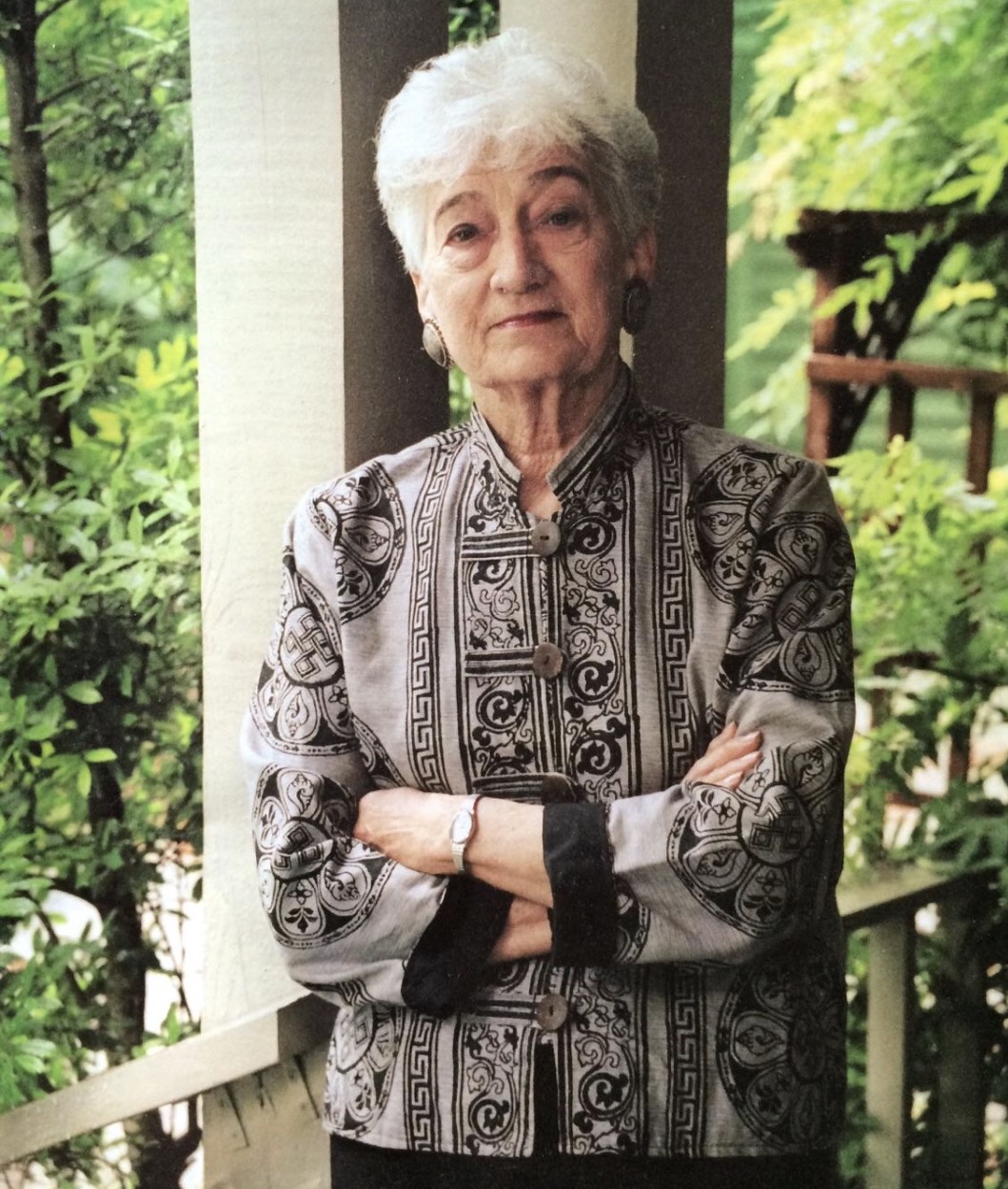 Patty Frasher Wallace (April 5, 1930–November 20, 2016) was the daughter of Charles Lace Frasher and Myrtle Portis Frasher of Fort Gay, West Virginia. In 1948, she was the Valedictorian of Fort Gay High School and graduated with a degree in Home Economics from her beloved alma mater, Berea College in 1952.

Always athletic, she was able to pursue sports at Berea. She pitched for the softball team, was a guard on the basketball team and competed in synchronized swimming. Two hours after graduating, she married Virgil C. Wallace of Louisa, Kentucky in the Berea College Chapel. Besides homemaking and raising four children, she was active in Girl Scouts, community projects, DAR, the Louisa United Methodist Church and environmental causes.

Many years were spent working on the environmental concerns of eastern Kentucky including mountain top removal. For over twenty years, Mrs. Wallace was very involved with Kentuckians for the Commonwealth serving as the chairperson from 1988-1990. Her environmental activism gained national attention in the 1990’s when she was featured in articles in Modern Maturity, Audubon magazine and on television’s “Earth Journal”, Tom Brokaw’s “Expose’ ” and “Investigative Reporter”. Both Governors Brereton Jones and Paul Patton appointed her to the Kentucky Environmental Quality Commission.

She was recognized many times for her environmental work including the recent honor of being one of the dedicatees of Wendell Berry’s book of essays, “Our Only World.”

A memorial service will be at 4:00pm on Saturday, November 26th, at the Louisa United Methodist Church in Louisa, Kentucky under the direction of Young Funeral Home. The service will be preceded by a visitation at 3:00pm.

Donations may be made in her memory to Kentuckians for the Commonwealth, Berea College or an environmental organization of your choice.

Young Funeral Home in charge of final arrangements. Online condolences may be left for the family at http://www.youngfuneralhomeinc.com/

Kentucky Opry ready to light up your Holiday season