Fort Gay, W. Va. —  Five turnovers were too much to overcome for Tolsia ( 8-3 ) in a 46-16 quarterfinal playoff loss to Pendleton Co. ( 10-2 ) on a wet and rainy Saturday afternoon at Wilt Salmons athletic field. 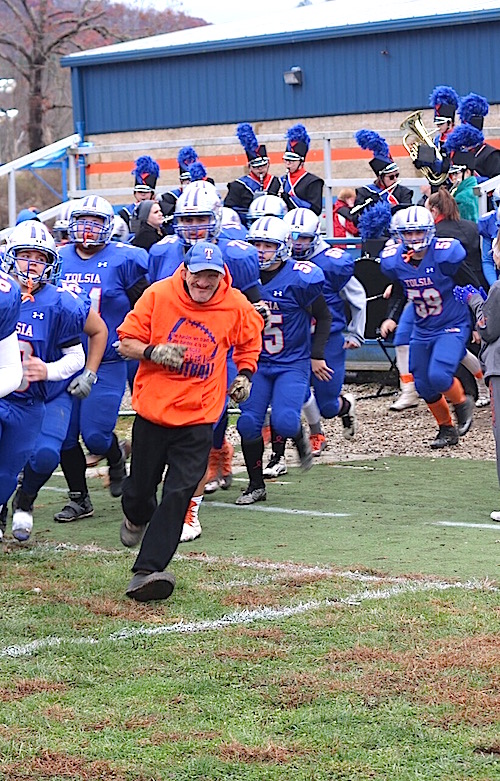 The Rebels fumbled on the first play of the game at midfield at the Wildcats cashed in on fourth down when Luke Cooper plunged in from one yard out to make it 6-0. Tolsia couldn’t get much going on offense in the first half. Cooper hit Timothy Thorne from 18 yards out on a long fourth down pitch and catch to make it 12-0 with 2:31 to go before half.

The Rebels thought they were right back in it when Logan Presley hit a streaking Brian Campbell for a 42 yard touchdown but it was wiped out by a penalty and Tolsia threw an interception right before half to trail 12-0. 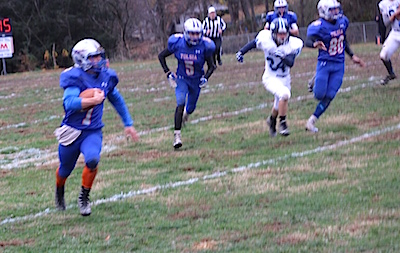 In the second half PC took the kickoff and scored when Trey Cooper scooted in from 17 yards out and added in the two point pass to make it 20-0 with 8:59 to go in the third quarter.

The Rebels found a spark after a Presley punt was downed inside the 10 yard line and after a bad snap Tolsia’s Mason Mann fell on the football for a touchdown and Presley found Campbell to make it 20-8 with 6:12 in the third.

Luke Cooper found the end zone from 15 yards out to make it 26-8 going to the fourth. Presley scored from 4 yards out and added the two point extra point run to make it 26-16 with 10:17 to go in the game. That would be as close as it would get as Luke and Trey Cooper would add three more scores to put the finishing touches on the Rebels season. 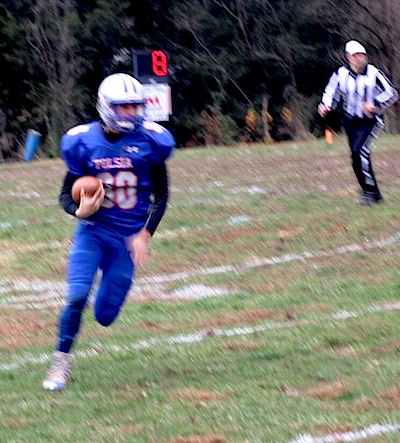 Pendleton Co. will travel to #1 East Hardy next weekend with the winner playing for the Class A championship in Wheeling the following Saturday night.

It has been a great two year run for the Tolsia program and I have had a blast covering the team. I want to thank all of the coaches, players and fans for being so hospitable to me and my family.