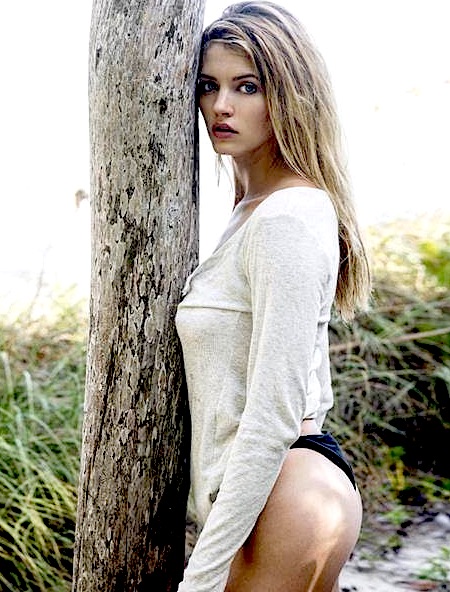 A Louisa native who in the last year and a half was in the latest Sports Illustrated Swimsuit edition CASTING, and has starred in two recent Bruce Willis movies, has scored once again, this time headlining with the starring role in a beautiful music video of a live concert version of a song track from the brand new album by the legendary rock band Bon Jovi.

The song, “Labor of Love”, is the third single released from the brand new Bon Jovi album, “This House Is Not For Sale”. Both the ‘Labor of Love’ song track and its accompanied video were released on November, which also the same day that the entire album was also released to the public for sale.

The YouTube version of the Labor Of Love music video can be viewed HERE. (WARNING: THE VIDEO CONTAINS SCENES THAT MAY BE UNSUITABLE FOR YOUNG CHILDREN).

Jenna Blair Kelly, a 2008 graduate of Lawrence County High School, is the daughter of Rodney and Tammy Kelly of Louisa, KY.

Kelly is signed with the most elite and prestigious modeling company in the United States, Wilhelmina International Inc.

In 2015 Jenna Kelly had an on screen role in the movie “Extraction”, with Bruce Willis. During the summer 2016 Kelly also starred once again opposite Bruce Willis, this time, in a much higher acting role, with a co-star lead role movie as a sniper partner for fellow cast member of former ‘Saved By The Bell’ star Mark Paul-Gosselar in the action movie “Precious Cargo”.