CORY CAUDILL COMING TO the MAC

Fresh off Grammy Nominations and No.1 video, Kory Caudill to play the MAC 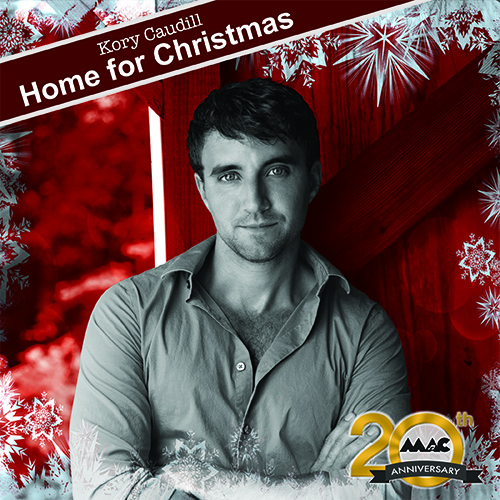 Prestonsburg, Ky. – Eastern Kentucky native and Nashville musician Kory Caudill will return home to perform with his band on November 26 at the Mountain Arts Center. Caudill is a former member of Billie Jean Osborne’s Kentucky Opry and started with the Junior Pros at the age of seven. The accomplished musician is currently the touring keyboard player for country superstar Justin Moore, but it’s his solo project that has garnered so much attention as of late.

In late 2015, Caudill released “Tree Of Life” on Suite 28 records. The project is evidence of Caudill’s diverse musical background as the album travels through many musical eras in its eleven tracks. It has been nominated in three Grammy categories for Best Contemporary Instrumental Album, Instrumental Composition and Best Engineered Album.

This fall, he released the single and video “Kentucky Creekwater.” It also includes Justin Moore guitarist and Pike County native Roger Coleman, who is also a Kentucky Opry alum. It soared to No. 1 on CMT.com and remained there for weeks.

“When I began my journey in the music industry, my goal was to do so in a manner that reflected the strong musical roots we have in Eastern Kentucky,” Caudill remarked while boarding a plane to New York City to play The Today Show.

“It’s surreal to think that in the past year we’ve had a Grammy nominated album and a video trending on CMT, all with instrumental music.”

Caudill is a graduate of Prestonsburg High School. He attended the prestigious Governor’s School for the Arts in Louisville and is a graduate of Belmont University in Nashville. He was the first instrumental student in the history of Belmont to perform in the school’s Commercial Showcase as well as the “President’s Concert.”

Caudill states that it’s always special coming home to the venue he basically grew up in. “When I was a teenager, I would sneak off to the MAC in the middle of the night, wheel the piano out, and pretend I was performing my music to my hometown crowd. It’s just so surreal.”

He says that nothing caps the coziness and unique feeling of walking out onto the stage at the MAC.

“In one capacity or another, we’ve performed in all fifty states this year,” he said. For guys like Roger and I, the MAC was a key element that led to us pursuing music careers. So being able to finish what’s been a landmark year for us there is so exciting.”

There will be more familiar faces in the band for this special show. Caudill’s father, Keith, the former executive director of the MAC, and former Kentucky Opry guitarist James Whited will be joining the all-star lineup. Also, Josh Martin and Kelsie May are slated to perform guest spots.

The Mountain Arts Center is the premier performing arts venue in eastern Kentucky.  Located in the heart of the bloodline of the Country Music Highway, the facility features a 1,050-seat auditorium, conference/meeting facilities, instruction rooms and a state-of-the-art recording studio. Operations are through a partnership between Prestonsburg, Ky. and Big Sandy Community & Technical College.  For more information, call 1-888-MAC-ARTS or visit macarts.com.