Rebs get by first round in playoff over ‘Riverside rival

Fort Gay, W. Va — In the first round of the WVSSAC Class A playoffs it was #4 Tolsia slipping past neighboring rival #13 Tug Valley 26-20 at Wilt Salmons field on Friday night. It was the second time this season that the two teams met. 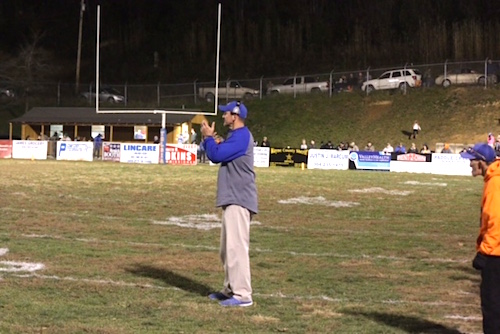 The Rebels ( 8-2 ) built a 14-0 halftime lead behind touchdown runs of 1 and 12 yards from QB Logan Presley who also connected with Brian Campbell for a two point conversion after his second TD and Tolsia looked to be in total control. 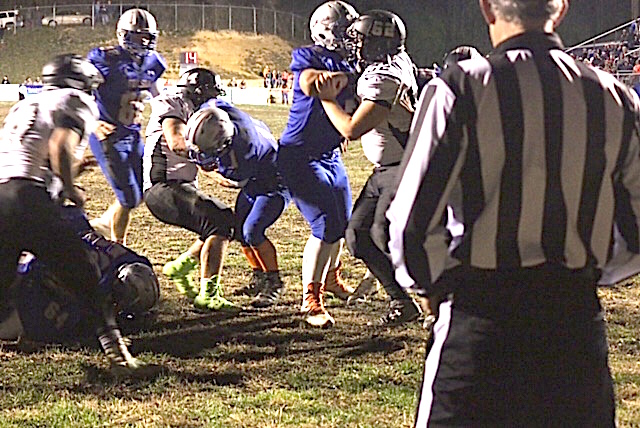 THS took the second half kickoff and marched right down the field as Presley capped off the scoring drive with a 6 yard touchdown run to give Tolsia a 20-0 lead with 9:32 to go in the 3rd quarter.

However, Tug Valley ( 7-4 ) would not go quietly as the Panthers scored the next 20 points in a span of just over six minutes to tie the score at 20-20.

On the very next offensive play the Rebels put the ball on the ground and Blake Dingess scooped up the fumble and went untouched 30 yards into the end zone, after the two point play was good the score was knotted at 20-20 late in the 3rd.

On the next Tolsia drive it was running play after running play as the Rebels were getting 3 to 4 yards a pop until Brian Campbell broke free on a 43 yard jaunt to give the Rebels a 26-20 lead with 1:55 to go in a wild 3rd quarter.

That touchdown would prove to be the game winner as the Tolsia defense and the running game stepped up big time. The Rebels punched a ticket to the quarterfinals next weekend at Home vs the winner of #5 Cameron and #12 Pendleton Co. who play today at 1:30.pm. 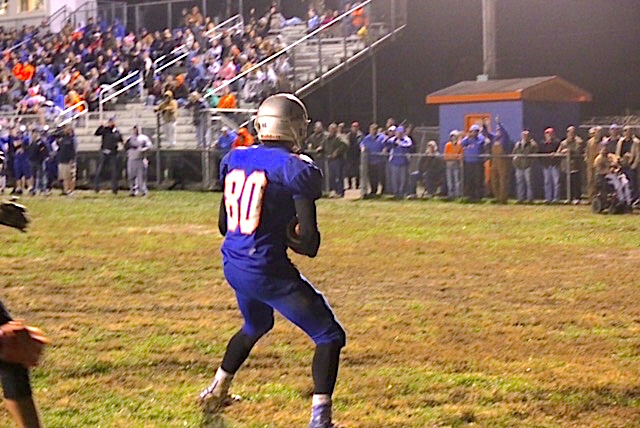 “…Give Tug Valley credit they have a really good ball club and battled back to give us all we wanted. They have some good athletes and take it to the house at anytime… we missed some key tackles and you can’t do that against Ely and Blankenship. I told the kids it would be like that and we would have to play for 48 minutes to move on in the playoffs.” …Once TV tied it up, I thought our team really responded on offense to get the lead back and then on defense to get a couple stops to get the victory.” ….Don’t know much about either team we might play next week but we will dive right into the next couple days to get ready for another home game next weekend.”