MILLIONS OF KIDS LIVING WITH GRANDPARENTS BECAUSE OF DRUGS 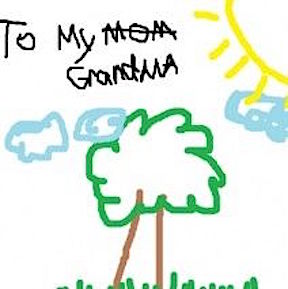 An increasing number of grandparents are raising their grandchildren, largely because many of the children’s parents are addicted to heroin or prescription drugs, both increasing problems in rural areas, Teresa Wiltz reports for Stateline. In 2015, 2.9 million kids were living with their grandparents, up from 2.5 million in 2005.

“Child welfare officials say drug addiction, especially to opioids, is behind much of the rise in the number of grandparents raising their grandchildren, just as it was during the crack cocaine epidemic of the 1980s and ’90s,” Wiltz writes. That has led to a growing number of children being neglected or abandoned and for caseworkers to turn to grandparents for help, largely because the foster care system is already overcrowded with children of addicts.

“Federal law requires that states consider placing children with relatives in order to receive foster care and adoption assistance,” Wiltz writes. “And grandmothers and grandfathers often are the first—and best—choice when state and local caseworkers have to take a child out of a home and find someone else to take custody, said Angela Sausser, executive director of the Public Children Services Association of Ohio, a coalition of public child-safety agencies in the state.”

Generations United, a group that works to improve the lives of youth and older adults, says that grandparents and other relatives raising children save taxpayers $4 billion each year by keeping the children out of the foster care system, Wiltz reports. But some of those grandparents might not be equipped to handle raising a child. Generations United says that 21 percent of grandparents caring for grandchildren live below the poverty line, 39 percent are over 60 and 26 percent have a disability. “And because many are not licensed in the system, they are not eligible for the same services and financial support as licensed foster parents.” (Read more)