PRESLEY LEADS REBS PAST 4-A LIONS 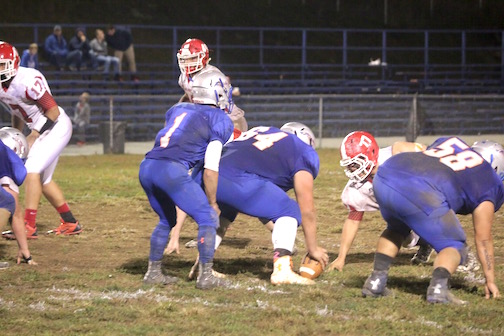 Tolsia QB Logan Presley ran for over 200 yards and scored two touchdowns one from 65 and the other from 45 yards out He also added a two point conversion pass to Tyler Sizemore. Derek Meredith scored from 65 yards out and Johnathan Johnson had a 6 yard touchdown run plus an interception to close out the game for the Rebels.  Jordan Johnson had a two point conversion run.

Tolsia had over 450 yards on offense. Brian Campbell had over 100 yards on the ground.

With the win the Rebels could possibly be #1 in Class A when the rankings come out on Tuesday.

Tolsia will close out the regular season at Home next Friday as they celebrate Senior night vs #10 Williamstown.

“… Our kids played so hard, it wasn’t pretty but we will take it. We got Williamstown coming in in next Friday and we are probably playing for a #1 seed in the playoffs” Our offense played really well for the most part, second half we had some crucial penalties that hurt us.” Give Boyd Co. credit they played well. I wish they would have stayed in the I formation.” Our kids battled on team and were able to get the interception at the end to pull it out.”