Chapman and Workman land on All 60th District Volleyball team 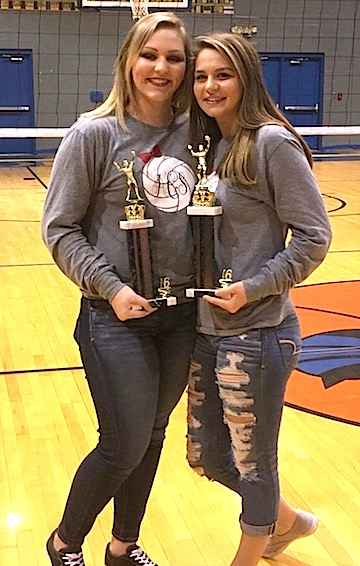 The All District team was voted on by the coaches of the district based on regular season play.

Both girls had really good seasons and were instrumental in the team’s success this season.

Here are the season stats for both ladies.

The two will be key for the VolleyDawgs the next couple of seasons as the pair try to lead LC to a district championship.

“… Both girls have been key team members this season. Lexie is definitely a key in our defense with her digs. Aryana is one our strongest offensive players with kills. Both girls have shown 110% dedication. Neither has missed an open gym, practice, or game this year!! Both girls are strong offensively and defensively!! Looking forward to their continued leadership next season!”