West and Wellman pave the way in Dawgs victory over Cards 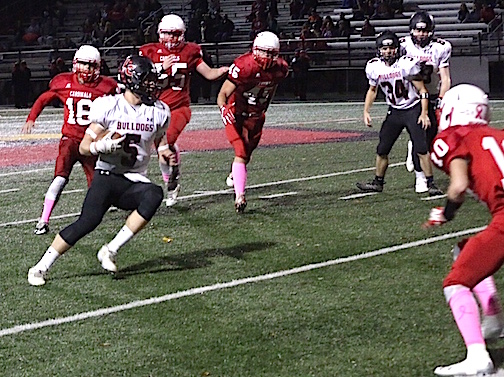 Bulldog QB #5 Noah West weaving through the Cardinals defense for a 39 yard touchdown run in the first quarter. 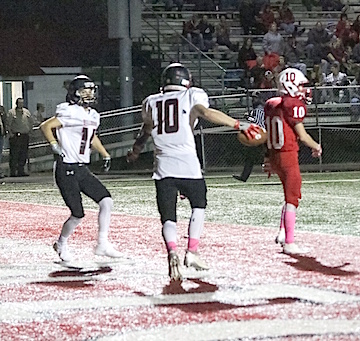 West ran for three touchdowns on the night one each from 39, 18 and 54 he also tossed a 23 yard strike to Jordan Johnson as the Dawgs built a 46-8 lead at Halftime.

Sheldon Clark Sophomore Brent Burke had two touchdowns on the night including a nifty 93 yard touchdown to get the Cards on the scoreboard, he added a 1 yard plunge in the 3rd quarter for the only points by either team in a fast moving second half.

Jordan Johnson, Dakota Shortridge and Joey May all had fumble recoveries for the Dawgs on defense. 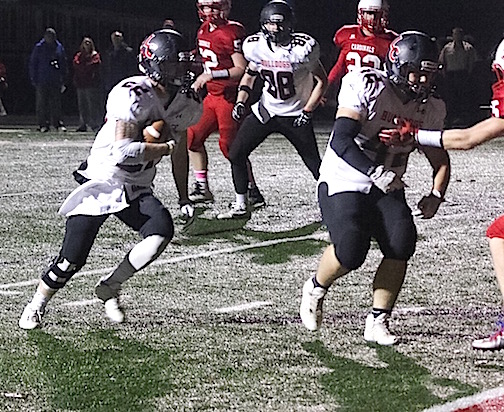 “… I feel like this was our most complete game of the season. Hopefully we can continue to build on this next week vs Prestonsburg. Really tickled to death with our guys who went back to work after last week’s defeat. We told them all week there is two ways to handle adversity you can lay around and feel sorry for yourselves or get back up and fight, I think these kids showed something tonight and we are really proud. Extremely happy for our guys. I thought Noah West had his best game of the year. Also good to get Jacob Wellman going as well early in the game. Very pleased with the overall effort. Senior night next week and we want to send those guys out the right way. They all have worked so hard and really deserve it.”

“… Watched a bunch of film and had a really good week of practice. We came out tonight and executed our line was great the backs ran really hard, it was a total team effort. Coming so close last week and not getting the win was really tough. We knew our team had to bounce back and show everybody how we can play. Had to get the bad taste out of our mouths from last week. Next week is senior night and we want to send those guys out on a high note.”