DUI DOUBLE MURDER COULD END UP AS DEATH PENALTY CASE

ELLIOT COUNTY WOMAN CHARGED WITH DOUBLE MURDER FOR TWO DEATHS AFTER AUGUST DUI CRASH IN MORGAN COUNTY; WAS CONVICTED OF AT LEAST 16 DUI ARRESTS IN THE 2000’s 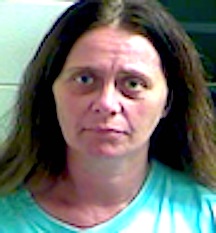 An Elliott County woman, who was early last week charged in an August crash that left two people dead, has an extensive criminal record and was a convicted felon regarding numerous charges in the early to middle 2000’s, mainly drunk driving arrests, totaling at least 16 DUIs, to maybe as many as 18 DUIs.

In a press news release from the Kentucky State Police, from the KSP Post #8 in Morehead; that as a result of the investigation on the fatal collision in August, a warrant was issued October 4, 2016 in Morgan County for 2 counts of murder.

According to the original news release by the KSP on August 6 at 3:29 P.M., Kentucky State Police Post 8 Morehead received a report of a two vehicle head-on collision on KY 7 in Morgan County. When Troopers responded to the scene, they determined that Theresa Haney, 42, of Olive Hill, KY, was operating a 2003 GMC Envoy traveling North of KY 7, when she crossed the center line, striking a motorcycle driven by Thomas Tufts, 46, of Flemingsburg, KY, and passenger Janet Caskey, 46, of Clearfield, KY. 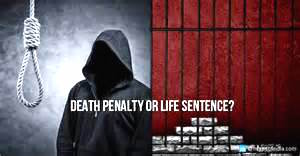 Both occupants on the motorcycle were ejected. The GMC Envoy continued into the ditch line, hit a telephone pole and came to a stop.

Mr. Tufts was pronounced deceased on scene by the Morgan County Coroner’s Office. Ms. Haney and Ms. Caskey were both airlifted from the scene and flown to St. Mary’s hospital in Huntington, WV. Caskey died a few days later from her injuries.

Along with a failure to appear on a misdemeanor citation arrest in Montgomery County on April 27, 2003, Haney was arrested three days later at the OLD ELLIOTT CO BILLING (DNU) in Sandy Hook on unknown charges, and was lodged in the Carter County Detention Center.

Teresa Haney’s next DUI arrest was on May 29, 2003, Her following two DUI arrests were in Carter County on October 16, 2004 and again on January 29, 2005. She was also charged with driving DUI suspended licence-2nd offense, with both arrests.

On December 18, 2005, Teresa Haney was arrested in Morgan County, where she was taken into custody by officials of the Morgan County Court, and was charged with: #1 DRIVING ON DUI SUSPENDED LICENSE-1ST OFFENSE, #2 OPERATING MOTOR VEHICLE UNDER/INFLUENCE ALCOHOL/ DRUGS/ETC. .08 (AGGRAVATED CIRCUMSTANCE) 4 OR > OFFENSE,  #3 PROMOTING CONTRABAND-2ND DEGREE. Haney was later transferred tot he Carter County Detention Center on January 13, 2005 for unknown charges, her last known incarceration.

Having apparently no known criminal activity for the last 10 and 1/2 years, it is possible Teresa Haney stayed out of trouble by either her being serving a long prison sentence, a very long home confinement sentence, or a combination of both. Or even maybe Teresa Haney was on good behavior for a decade.

But now with her current and most devastating actions she is heading for a grim future. Ms. Haney, being a convicted felon who is now charged with the deaths a couple who were out enjoying a weekend motorcycle trip and pleasure ride, Haney’s life may also be basically now over.

Even if there were to be a guilty plea, Teresa Haney is looking at two to three dozen years in a state prison. And if she were to be found guilty by a jury Teresa Haney  faces the prospect of spending the rest of life in the penitentiary.

One final caveat to this double DUI death case: since the criminal incident took place in Morgan County, a county that technically shares a small border area with Lawrence County, due to the growing high profile of this case, an impartial jury may not be found in Morgan county, therefore any trial would likely be moved to be tried to a different jurisdiction, with one possibility that the trial could take place in Lawrence County.

Another sliver of consequence; with the severity of the case, having Teresa Haney, charged with double murder via DUI, and being a felon with multiple DUIs, there is a small but distinct possibility that this case may also be tried as with almost unheard of manner: a DUI death trial that will be the conducted under the spectrum of being a capital death penalty case.

(This story includes the opinions of its author)