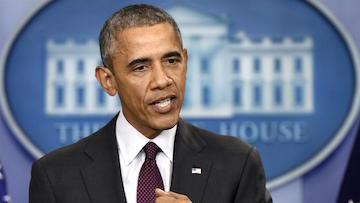 …says he has helped through re-training efforts for new economy

President Obama, arguably America’s most urban president, contended Tuesday that rural America has made steady progress during his administration, as his White House Rural Council prepared to hold what is expected to be its final forum, Wednesday at Pennsylvania State University.

Obama said rural America is making progress through a policy approach “that helps workers retrain and learn the skills they need for a job in the new economy, one that supports small businesses and entrepreneurs to help attract more of the new economy’s jobs to rural communities, one that upgrades our schools – from working toward universal preschool to two years of free community college – so that all our kids have the same chance to reach their potential without having to leave their hometown.”

Obama said his administration has invested in in rural schools, supported rural small-business owners, deployed high-speed internet and wireless networks, and built partnerships between businesses and colleges “to help train folks not just for a job, but for a career. And for those struggling with opioid use, we’ve expanded access to treatment to help them get the care they need.”

Agriculture Secretary Tom Vilsack convened the forum with a focus on rural policy, highlighting strategies for improving economic growth, health care and housing. “While gains are being made, he said, too many rural communities face hurdles that threaten success,” reports Roger Van Scyoc of the Centre Daily Times in State College, Pa., where the forum was held.

Vilsack also announced $32 million in loans and grants aimed to promote economic development and providing access to broadband in more than 80 rural American communities. “While we have made great progress, our work to extend capital and technology to rural America is not done,” Vilsack said.