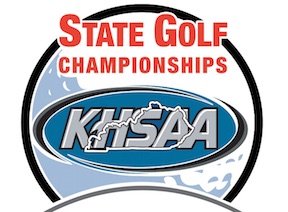 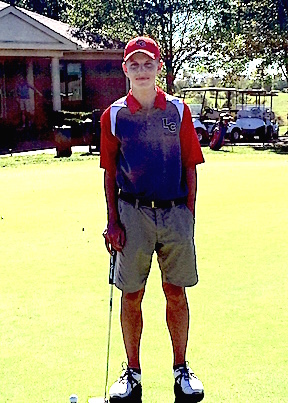 Mount Sterling, Ky. —  Lawrence Co. sophomore Golfer Hunter Goble advanced to play in the state tournament that will be played Oct 6-8 in Bowling Green after shooting a 78 and finishing in third place at the 12th region tournament held last week at Indian Creek golf course in Mount Sterling.

Other LC golfers Spencer Akers and Noah Fairchild played well in the region but did not qualify for the state tournament. This will be Goble’s third straight appearance in the State Tournament.

Goble will tee off at 11:39 on Friday morning at the Bowling Green Country Club. He will get one practice round on Thursday before the tournament begins Friday morning. Goble missed the cut as an 8th grader and Freshman but those two years should benefit him tremendously his third time around.

“… It gives me motivation given that I haven’t made the cut before. It gives me a goal to aim for and going up and shooting low will be an achievement for me and another step forward.” This year was a good year for improvement, not only for myself but for the team as a whole. We owe a lot to our head coach, Brian Akers and want to thank the assistant coaches, Victor Penix and Jeff Goble (my father). Without them we couldn’t have improved and learned as much as we did.”

Everything You Need to Know About the Flu Vaccine