(Editor’s Note: This article is reminicent of coal country in Ky. and W.Va. where Trump is very popular. The question will be if he can get enough rural voters to overcome the urban populations that are usually heavily Democratic. he has a more than 3-1 lead in our totally unscientific Lazer Poll and looks like a lock to carry Lawrence County and the rest of Appalachian Kentucky despite several character and business issues that would normally drown him in a Presidential election.)

Residents in some rural areas, particularly ones hurt by an economic downturn, may not be sure Donald Trump is the answer, but his slogan “Make America Great Again” hits close to home, Kevin Hardy reports for USA Today. Rural areas could decide battleground states such as Iowa, New Hampshire, North Carolina and Wisconsin, states where rural residents make up more than 30 percent of voters. 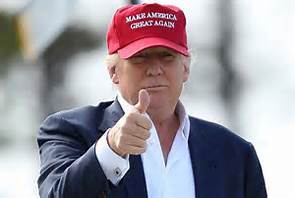 Residents in some rural towns, such as Creston, Iowa, are desperate for a change to fix their local economies, and think Trump is their best bet, Hardy writes. Sharon Hower, a retired resident of Creston, told Hardy, “I don’t know what he can do, but I’d like to give him a chance to see. We’re on a downhill slide and anything he could do would be an improvement.”

Hardy writes: “Such attitudes, experts say, should come as no surprise. Because if people in any place yearn to be made great again, it’s in rural America. )HILLARY)  Clinton has promised to build on the achievements of the Obama era, offering policy recommendations to improve health care, the economy and taxes. Trump, on the other hand, paints a darker picture of a limping nation in need of more radical change. That’s a message that seems tailor-made for rural America.”

Wayne Steger, a political science professor at DePaul University in Chicago, who researches the American presidency, told Hardy, “These communities are nowhere near as vibrant as they were 50 years ago. And they’re older. That message is absolutely going to resonate. And Donald Trump a little more so because he is anti-establishment.”

Hardy writes, “In small towns throughout the heartland, people reminisce about better days. Days when downtown storefronts were occupied and humming. While the rural landscape has been changing for decades, many people sense a fresh set of threats. Facing dwindling dollars and students, community schools continue to close and consolidate. Good-paying manufacturing jobs have vanished amid a wave of globalization and automation.”

IN EASTERN KENTUCKY the loss of thousands of coal mining jobs has been blamed on President Obama because of regulations put in place to slow down global warming. The Kentucky Power Plant, a main source of economics  in Lawrence County and the surrounding area recently switched to natural gas because of the higher price of coal and the regulations involved in burning it. That action has doomed any chance the Democrats had in the area where dozens of coal trucks hauled their freight to the plant on a daily basis from as far away as Virginia.  People here do not necesarrily like Trump, they just do not like the current administration and many are also calling for term limits for Congress which has also failed them.