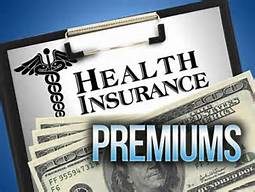 Recently I got a note from a reader of these columns who lives in Warren, Ohio. He had seen conflicting reports about next year’s insurance premiums.

The man was skeptical of an article he had read, which reported that insurance premiums are cheaper than they were in 2010, and that the Patient Protection and Affordable Care Act will cost $2.6 trillion less than estimated. Somehow that didn’t compute with what he had read about premiums going up.

He was right to be skeptical, and his comments are important because they zoom right in on the spin that’s been circulated by various interest groups that want to portray Obamacare’s upcoming fourth-year enrollment season as a gloom-and-doom disaster in the making or the federal government’s not-to-worry scenario insisting health insurance really is affordable.

There’s been much media speculation about high premium rates, and for the most part, the press has favored the not-to-worry scenario. Media have passed that message along with comments such as this from Anne Filipic, the head of Enroll America, a group that signs up people for Obamacare, who argued high premiums are a predictable course correction and a “one-time resetting.” Or this from Kathryn Martin, acting assistant secretary for the U.S. Department of Health and Human Services, who told reporters, “Headline rate increases do not reflect what consumers actually pay. The vast majority would continue to have affordable options.”

Insurance premiums are going up for the 24 million Americans who buy their coverage in what’s known as the “individual” insurance market, and in many states and counties rates are going up a lot. In Colorado, for instance, the insurance commissioner just approved increases of 20 percent or more on average for Coloradans who buy their coverage in the individual market, and in rural areas of the state some increases will top 40 percent.

About half the people in the individual market will buy Obamacare policies through their state’s shopping exchange and most will get a tax subsidy to defray some of the premium cost. The other half who buy in the individual market are not eligible for subsidies. Double-digit increases will matter a lot to them since rates must be the same for identical coverage sold on or off the state exchange.

Yet, too many media stories have omitted the fact that the unsubsidized group will get no help. Instead they’ve planted the notion that premiums are affordable. In its messaging effort, the government has said that about three-quarters of those buying on the exchanges should be able to pay $75 or less a month for a policy after taking subsidies into account. The government used the same pitch used last year when officials said 70 percent of shoppers could get insurance for $75 or less per month after subsidies.

Statements like those, however, are misleading because they overlook the total costs of care that includes the high deductibles, co-pays, co-insurance and high out-of-pocket spending limits. That expense is usually not part of anyone’s talking points.

We don’t know if rates will remain high or whether this year is an aberration, as the government and others claim. We do know that for those who have to pay the premiums, they may be unaffordable.

Affordability, of course, depends on your budget. What’s affordable to a policy analyst in Washington D.C., may not be to someone in rural Indiana. Since the subsidies are larger and most helpful to families with lower incomes, around $30,000 or $40,000, those with even slightly higher incomes may have a tougher time.

A major reason for the high rates this year is that a lot of sick people with heavy medical needs signed up for policies, and their claims have hit insurers’ bottom lines pretty hard, so hard that many have decided not to sell polices. Blue Cross Blue Shield of Nebraska just announced it was not selling Obamacare policies next year on the state exchange even after the state had approved increases of more than 30 percent. Big insurers like UnitedHealth Group and Aetna have left the exchange market in Kentucky and many other states, reducing choices and increasing costs.

As for Obamacare costing $2.6 trillion less than expected, that’s true, according to the Congressional Budget Office. There are many reasons – the recession, less Medicaid spending because 19 states did not expand their programs as the ACA intended, and shifting more of the cost of care to patients themselves through high deductibles.

No one knows whether lower spending growth will continue. One thing, though, is certain. Families will continue to pay one way or another.

What has been your family’s experience with high insurance premiums? Write to Trudy at trudy.lieberman@gmail.com. Lieberman’s health column is distributed by the Rural Health News Service