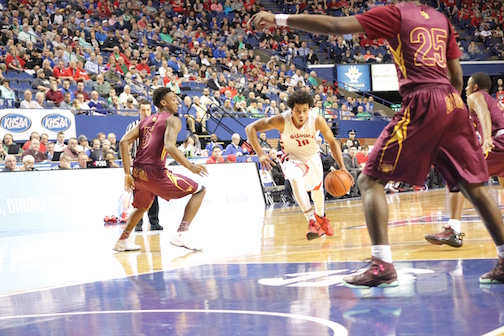 Salem, W. Va. — Lawrence Co. Senior Timmy Dalton verbally committed to continue his basketball and academic career at Salem International University a Division II school in West Virginia, on Thursday (yesterday) morning. The independent school is a little over three hours from Louisa and is very close to Bridgeport, Clarksburg and Fairmont. The coaches have told him they plan to play him at Point Guard once he gets to college. He plans to sign and make it official in November. 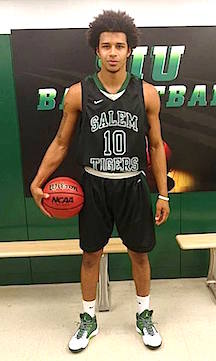 He averaged 19.3 points 7.1 rebounds and 3.1 assists per game last season and shot 53% from the field helping the Bulldogs make their first ever trip to Rupp Arena for the State Tournament in 2016.

Some of Dalton’s accomplishments:

“… He has really embraced the process over the summer. He gets up 500 shots almost every day. He has gone from benching 185 to 220. His grades have improved as well. He has become a great leader and is helping the younger players improve their game as well. I look for all the work he has done to pay big dividends when the season starts. He has really transformed his overall game.”

“…When I went up for the visit it felt like home it’s a small town where everybody knows everybody and fell in love. The coaches really made me a priority and the coaches are young and really like that about Head Coach Adam Williams who played at UK and Coach Taylor as well.” The classes are small so I feel more comfortable in that kind of setting.” A lot of people have doubted me and that motivates me even more. I worked hard on and off the court to improve my game and my academics.”

” I want to thank Coach York, he has helped me a ton on and off the court, hard to describe the relationship that me and him have he is like family.” Michelle Canterbury is just like another Mom she took me in like one of her own and and I can’t thank her enough for being there for me. Tanner Black is a brother to me and Larry and Judy Hartman are like grandparents. I love them and can’t thank them enough for what they have done for me the last four years.” My AAU coach Adkins has been with me for a long time. My Brothers Robert and Jonathan I wouldn’t be where I’m at today without them pushing me to be the best.” My Mom it’s been tough on her as a single parent but she always did what she thought was best for her kids and that is all you can ask for. I love her so much.”