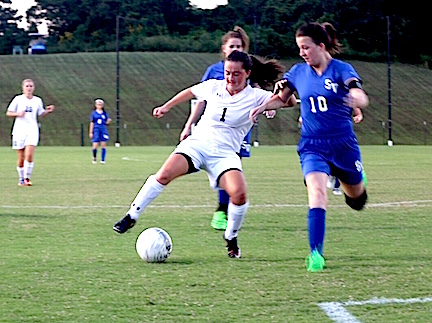 The SoccerDawgs spread the wealth around in the win as nine different girls scored on the night. Victoria Clevenger had two goals, Sisters Adysan and Raegan Crum, Lydia Workman, Jordan Stepp, Maci Pollack, Scyler Bowens, Katelyn Pauley, and Kylie Maynard all scored one each. Bowens had three assists, Maynard, Stepp, Workman and Zayla Granillo all had one assist each.

Andrea Salyers was in goal for the shutout victory.

The Dawgs got a victory over the visiting Tomcats ( 8- 5 ) as Victoria Clevenger, Sarah Lycans and Raegan Crum found the back of the net. Lycans and Emily Webb had one assist each.

Ally Moore was in goal for LC. 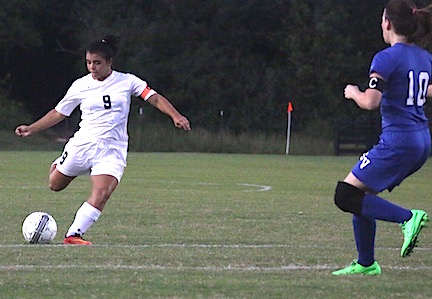 LC traveled to Paintsville and came away with a 15th region road victory last Monday night. Kylie Maynard had two goals, Adysan Crum, Victoria Clevenger, Sarah Lycans, Zayla Granillo, and Emily Webb had one goal each. Lycans, Maynard and Jordan Stepp had an assist apiece. Ally Moore and Andrea Salyers were in goal for LC.

The SoccerDawgs traveled to Huntington and came away with a hard fought tie against the #2 ranked team in West Virginia. Emily Webb scored the only goal for LC and Ally Moore was in goal for this one.

Lawrence Co. was on the road last night at the defending state champs of West Virginia and run into and absolute buzzsaw. The Generals are considered the best team in the state.

Lawrence Co. will travel to Rowan Co. to play in the RC Classic this Saturday the Dawgs will play two games. The first game will be against Bourbon Co. ( 11-3-1 ) and then they will play Nelson Co. ( 5-8 ).

“… We were patient and that was what I told the girls coming into the game vs Shelby Valley. I told them that the opportunities would be there and to not rush things.” All of the girls got in the game and with some tough ones coming it was good to get some girls some rest.” We have been playing a lot better as of late but the schedule is going to get tougher as we get ready for postseason play.”