Lawrence Co. Golf has a stellar week on the links 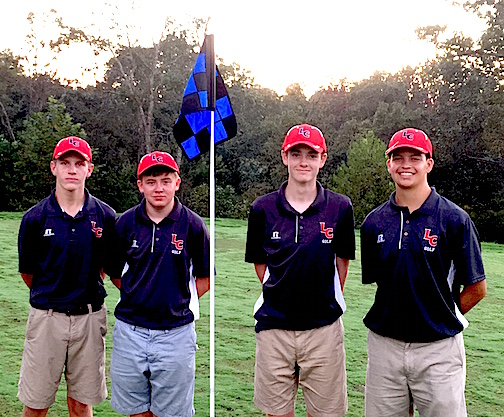 Grayson, Ky. — The Lawrence Co. Boys Golf team participated in the West Carter Invitational tournament this past Saturday and came away with some impressive scores. Twenty one schools and 88 golfers teed it up at Hidden Cove golf course in Grayson. Lawrence Co. golfers came away with a great showing as Hunter Goble shot a 75 and placed 3rd overall, Spencer Akers shot an 86 and tied for 19th overall and Noah Fairchild cut 28 strokes from his personal 18 hole best. 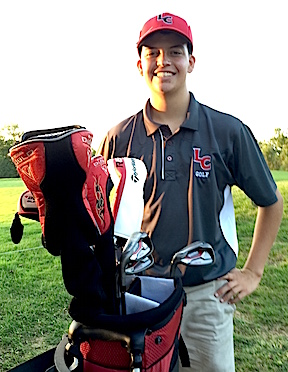 On Thursday night the team took care of business vs Raceland at Eagle Ridge.  Hunter Goble won by 28 strokes and continued his stellar play shooting a 1 under par 34 and dominated his match by 22 strokes to remain undefeated on the year. Spencer Akers continued his steady play  and won his match by 4 strokes to remained undefeated on the year by posting a 49. Noah Fairchild won his second consecutive match by 2 strokes in a hard fought contest that came down to the last hole. Lincoln Rose battled to a draw in a very exciting back and forth match. The Dawgs improved to 7-1 on the season in team matches.

The Golf team will travel to Raceland on Thursday night.

“… All of the boys have put in a lot of hard work both at the course during team practice time and on their own. We have really been playing well these last few weeks and hope to carry it over to the Regional tournament in two weeks at Indian Creek in Mt Sterling.” So proud of these guys as they battled the course and windy conditions all day and played some great golf. Hunter continued his steady play and Apencer and Noah turned in personal bests on a very long Hidden Cove golf course.” Spencer started playing golf as a Freshman and has steadily improved each season. His career match record stands at 23 wins and 9 losses.” Very proud of all of these young men and all of the hard work that they have put in on the course as well as in the classroom. They have represented the LC school system with the utmost integrity and class both on and off the course.”