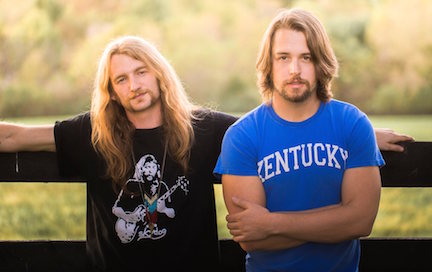 Prestonsburg, Ky. – Sundy Best will be returning to their hometown to play the Mountain Arts Center this weekend on Saturday September 17th. The eastern Kentucky duo of Nick Jamerson and Kristofer Bentley have amassed a huge following and have played to a full house each of the last three times they’ve played the MAC. They are known for their high energy stage shows, a range of musical influences, and a witty banter between each other and the crowd.

Jamerson says he loves playing his hometown. “I can never get tired of playing the MAC. It’s such a good room and a treasure right here in eastern Kentucky,” he stated while taking a break from a recording session. “We’re always pumped to play there.”

Bentley remarks, “It is a magical place, we’d love to get to the point where we play multiple nights in a row there.”

Sundy Best released their first live album in the spring titled “It’s So Good Live.” It was recorded last fall at the Mercury Ballroom in Louisville. The album is full of originals and a Tom Petty Cover. 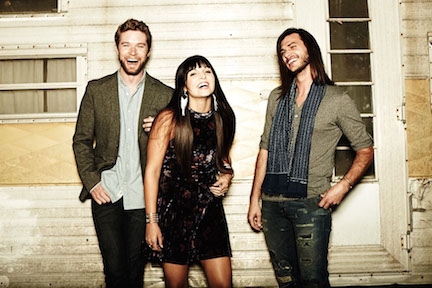 The special guests for the evening will be Nashville based Triple Run, but it brings another local talent home. Part of the trio is Brittany Howard. She grew up in eastern Kentucky and performing on the Mountain Arts Center stage as part of the Kentucky Opry Jr. Pros.

“I’m so excited to be back on the MAC stage,” Howard said. “It’s home to me. Billie Jean Osborne’s Kentucky Opry is the whole reason I was inspired to move to Nashville and pursue music. I am beyond grateful for the opportunity to come back. I am honored that Sundy Best invited Triple Run to be a part of this great night!”

Triple Run consists of Brittany Howard on vocals and Rhythm guitar, multi-instrumentalist and vocalist Eric Knutson from Alaska, and Matt Singleton, a South Carolina native on bass, vocals, and rhythm guitar. Their new EP will be out this fall and it will be available on their website www.triplerunmusic.com.

This weekend’s show will be Saturday, September 17th at 8:00 p.m. at the Mountain Arts Center in Prestonsburg, Ky. Tickets are $21.