Cheerleaders coming out in huge numbers for 2016 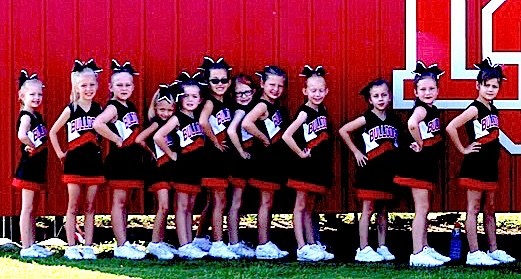 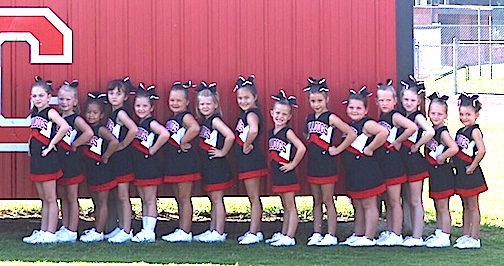 Chesapeake, Ohio —  Cody Crum rushed for over 200 yards and four touchdowns to lead the Lawrence Co. B team to a 30-6 victory on Saturday in TSYFL action. The B team improved to 2-1 on the year winning their second game in a row. Will McDavid added two point conversions on two off Crum’s touchdowns and Russell Lemaster tacked on a two point conversion as well.

In the D team game the Bulldogs suffered their first loss of the year to the Panthers. The Dawgs ( 2-1 ) couldn’t get much going on offense.

Lawrence Co. will be open this weekend before traveling to Ceredo-Kenova on Sept 17th. Then the Bulldogs will be hosting Tolsia on Sept 24th.

This is the most cheerleaders that have been out for Lawrence Co. with over 80 all together. The girls will compete once again in the TSYFL cheerleading competition toward the end of the football season. LC did very well last year bringing home some hardware.

“… This B team plays with such heart, they are the definition of team. They play every play as one and Cody Crum proved he’s at the top of the list in tri-state football. But every player gives 100% every play.” It’s so fun to watch these great kids having fun, doing what they love.” The D team went up against the early turf bowl favorite and showed they could play with anybody. Even though it was a tough loss they showed a lot of toughness  and now know where they need to be to reach their goal.” 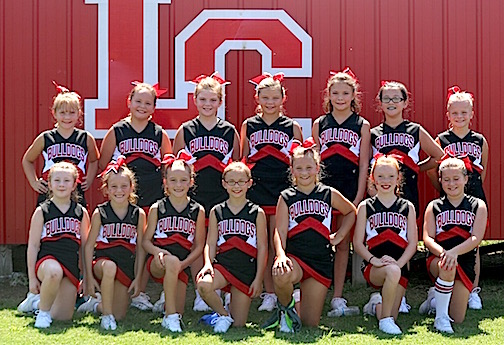 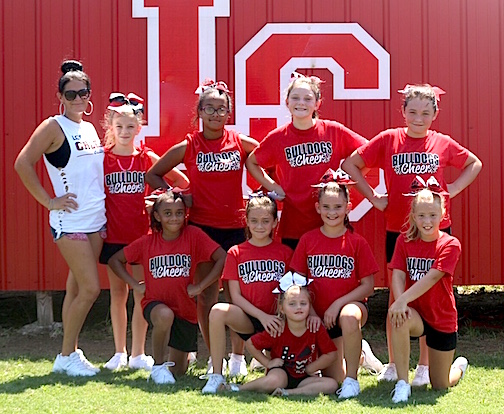