Kentucky Department for Public Health Commissioner Dr. Hiram Polk said officials wanted to issue the warning before the holiday weekend, when they expect a rise in recreational drug use. 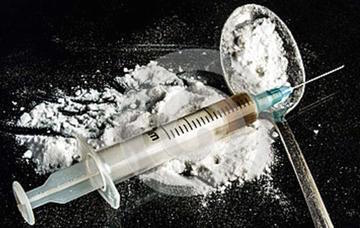 “Recent law enforcement reports cite a new supply of heroin laced with the drug Fentanyl coming into the state – especially Louisville,” said Dr. Polk. “These drugs are much more toxic and can cause respiratory failure and death.

Over the coming days, DPH is asking hospitals and facilities to prepare for increases in drug overdoses so that individuals can be properly treated, deaths prevented and we are better informed about the prevalence and nature of these occurrences.

Hospitals are being asked to:

“There is a public health crisis brewing – much like a tornado forming – with a new supply of heroin and other drugs coming into this area,” continued Dr. Polk. “This is a serious public health threat tied to a number of overdoses, hospitalizations and deaths across the county and needs public attention now.”

Dr. Polk said based on what they have learned from law enforcement about the drug influx this week, he and his staff are worried that local emergency rooms will be overrun this weekend. And he is warning hospitals that they need to be ready to stand up and have the ability to expand their emergency room staffing.

Secondly, he said, they need to stock up on Naloxone, the “antidote” to heroin and other drug overdoses.

“It can take as much as three times the amount of Naloxone to reverse a given overdose with these mixed drugs as it would normally,” he said.

Hospitals should also be ready to offer resources like consultations with social workers and behavioral health staff and referrals to treatment and other providers.

“Many of these services are available 24 hours a day,” Dr. Polk said.