LCHS Golf team off to a good start, Goble and Akers leading the way 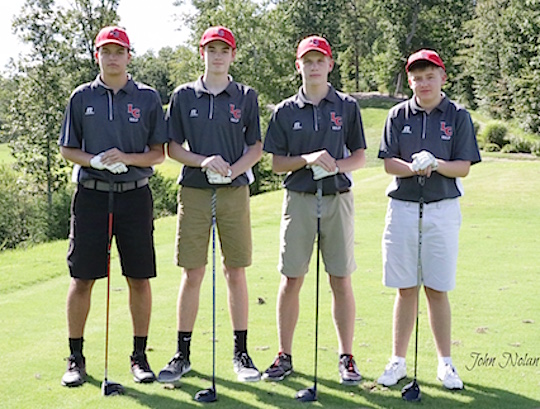 Louisa, Ky. —  The Lawrence Co. Golf team opened the season early this week with a victory over Boyd Co. at Eagle Ridge golf course at Yatesville Lake winning the match by three strokes.

Sophomore Hunter Goble shot a 39 in the nine hole match, Senior Spencer Akers shot a 44, Sophomores Noah Fairchild and Lincoln Rose shot 60 and 67 respectively. Goble and Akers both won in their head to head matchups with the Lions.

Two Freshman will play for the LCHS Girls team who will compete in Region 11 will be Darby Chapman and McKenzie Goble.

The LC Golf team competes in Region 12 and will be back in action on Monday vs Boyd Co. at Austin Hills Golf course. 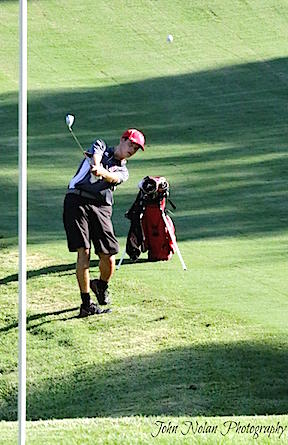 Lawrence Co. Golf Coach Brian Akers who is in his third year as head coach

“… All of the boys have been working really hard on their games in practice and it really showed in the match with Boyd Co. Hunter Goble and Spencer Akers played really well and did not lose any balls or take any penalty strokes.In a 9 hole match that can be the difference between winning and losing on a tough course like Eagle Ridge. It may be the toughest in the state of Kentucky.” 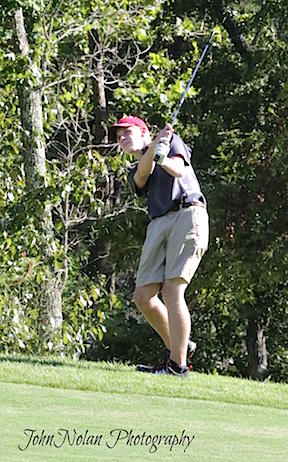