The B- League Team

The little Dawgs played through the heat and came away with victories in the D team and B team games. The E team also battled South Point in the first game even though score is not kept in that game. 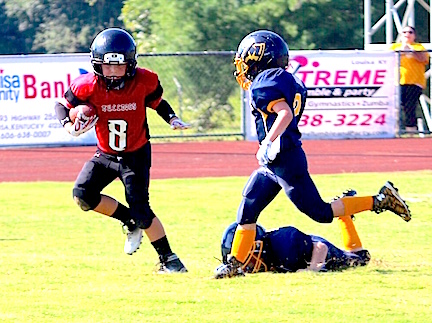 The two teams battled in the hottest part of the day with the Dawgs getting a Cody Crum touchdown and Will McDavid two point conversion to get the win. The game was scoreless at halftime before LC broke through with the only points of the game in the second half. The Dawgs B team improves to 1-1 on the young season.

In the D game it was Lawrence Co. QB Andrew Ratcliffe scoring two touchdowns and also stripping a South Point running back and racing 70 yards before being ousted out of bounds at the 3 yard line which allowed the Dawgs to run out the clock to secure the win. Jaden Adkins added a touchdown in the 4th quarter and Conner York tallied a two point conversion as Lawrence Co. improved to 2-0 on the year. 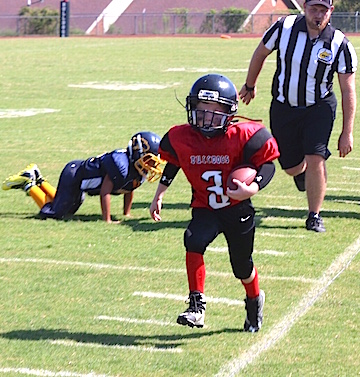 ” So proud of both the D and B teams on their big wins. This D team is going to make a big run this year and surprise a lot of people!” They are now 2-0 and developing at a rapid pace. The B team is finding its place.They are coming together as a team. They are young but they have heart and thats why they pulled out the big win.” 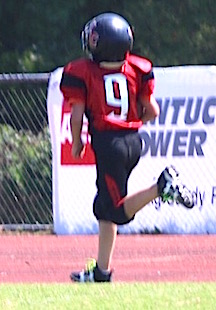