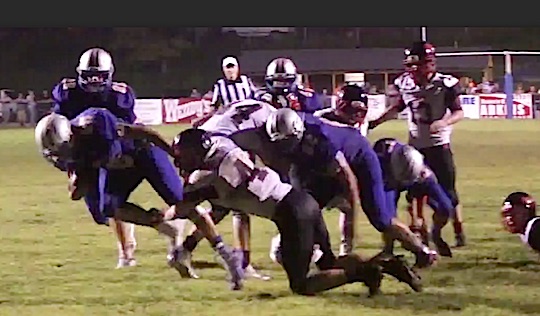 Fort Gay, W. Va. — Tolsia Senior Brian Campbell was a one man wrecking crew in the Rebels 26-8 victory over Wayne county rival Wayne in front of a packed house at Wilt Salmons field on Friday night as both teams kicked off the 2016 season.

Campbell had four touchdowns on the night, two rushing and two receiving both touchdown passes were thrown by Tolsia QB Wayne Williamson, for good measure Campbell added a fumble recovery and picked off a Wayne pass in the end zone right before halftime to preserve the 6-2 Rebel lead. Plus he punted and kicked off during the game. Derek Meredith added a two point conversion run in the 4th quarter as Tolsia busted the game wide open. 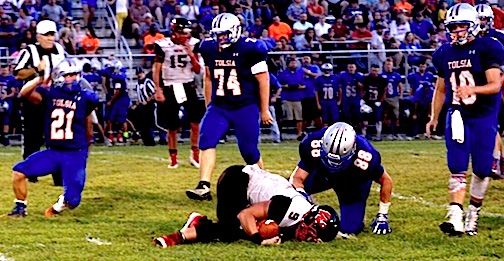 The massive Tolsia offensive line was the difference in the second half as they wore down the defense from Wayne and outscored the Pioneers 20-6. Tolsia led 6-2 at halftime the only points for Wayne was a safety on botched snap as the Rebels were trying to punt out of their own end zone.

Johnathon Johnson had a fumble recovery for the Rebels as the defense held Wayne out of the end zone until the 4th quarter.

“… We just came out and played hard and worked together and our line was the major factor in the win they kept working and allowed us to move the ball down the field.” Yeah our defense played amazing and put Wayne into bad field position which in return allowed us to take advantage of it and make big plays and score.”

Growing up in Louisa – Black & White