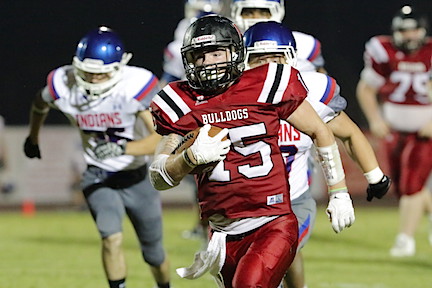 Louisa, Ky. —  Lawrence Co. Senior Jacob Wellman Played only one series in the game last year at Montgomery Co. ( 1-1 ) because of a broken ankle that ended his season. Almost one year to the date he played the game of his 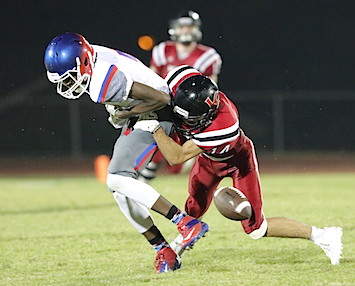 career as the Dawgs beat the Indians 30-28 as Wellman rushed for over 165 yards and two touchdowns to secure the first win for head coach Alan Short in front of a big crowd at Luke Varney Jr. Memorial stadium on Friday night.

Lawrence Co. trailed 21-18 at halftime but battled back to get the win.

Lawrence Co. QB Noah West had over 90 yards on the ground and added two scores as well, Jarrett Fairchild filling in at fullback had over 50 yards rushing and one score. The Dawgs only ran three pass plays the entire game as the line opened up holes for the backs. But LC failed on all five point after touchdown attempts.

The defense stepped up twice in the final five minutes of the game as the Dawgs hung on for the two point victory including a key pass breakup by Trey Dotson. (click on pic for video clip.). 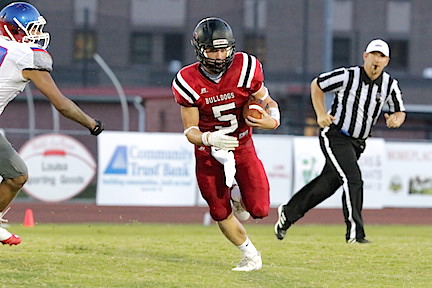 LC Head Coach Alan Short talking to his team after a 30-28 victory over 5A Montgomery Co.

“… I’m excited for our kids, we beat a 5A school they battled and fought all night long should give them confidence to build on for the rest of the year. The markings of a good football team are how much you get better from week 1 and week 2, we really progressed this week with our attitudes and effort this week. I’m so proud and happy for our kids that they get to experience this victory, so grateful for our town and community what huge crowd we had tonight it was an awesome night for football. Jacob Wellman had a phenomenal game he made some great cuts and ran physical he earned what he got he was our most dedicated player in the offseason. The line got a lot better from last week, Noah West and Jarrett Fairchild played well and our defense steeped up as well.”

” So proud of my team we battled all game and had so many young guys step in the victory.” We put in so much offseason work and it really showed tonight.” I’m so happy right now, great team win.” 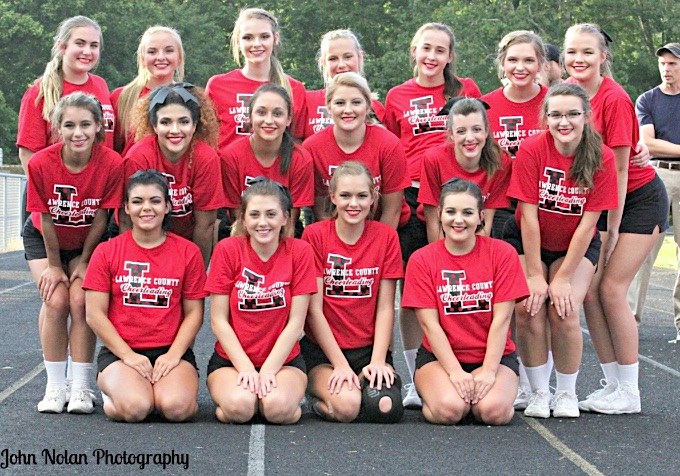 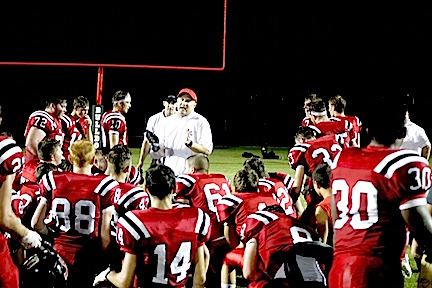 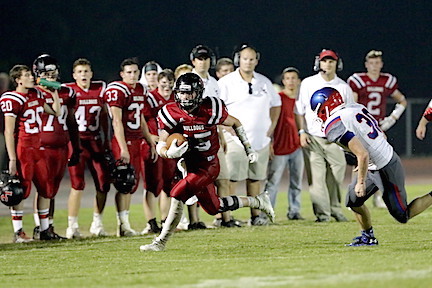