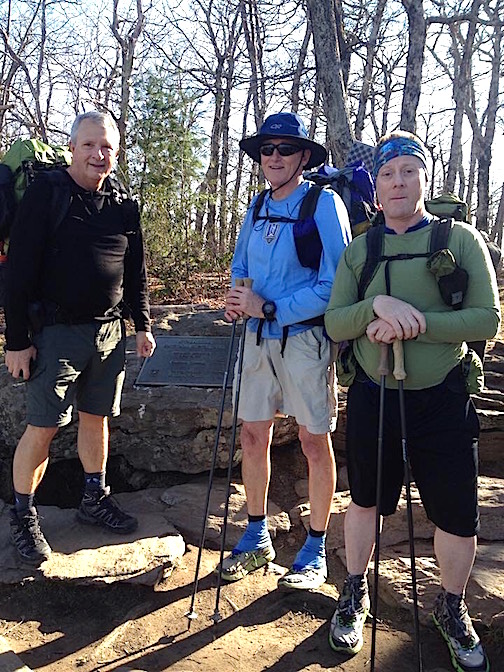 The Appalachian Trail (AT) attracts more than 3 million hikers each year and only 1 out 4 make the entire hike that start.

Three of those that made it this year are from our neck of the woods. 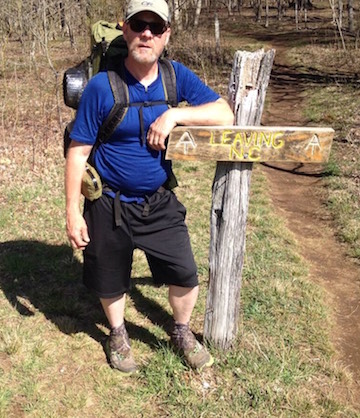 Gregory Delong (Just Greg), Gary Setser (Rockhopper) and Tom Pettrey (Granddaddy Longlegs), retirees from Kentucky Power set out to accomplish hiking the entire trail. They had planned and trained in the months before on trails in neighboring states and by walking the horse trails at Yatesville Lake.

“I wore out 3 pairs of shoes and was working on my 4th pair,” Delong said this week.When asked about his worst day, he stated, “It was in Shenandoah and the temperature was about 38-40 degrees. It rained all day and was very cold.”

He said the group averaged more than 14 miles a day and his longest day was greater than 30 miles. They took 15 days not hiking called zero days.  He lost 20lbs of body weight prior to the hike and another 20 lbs along the way.

There were also days where they shared the open spaces with bears, porcupines and other animals.  Delong said he always tried to keep his backpack light, if 25-30 lbs on your back is light!  Carrying only the essentials for the next 5-8 days before their next stop at a hostel or motel.

They camped out using their tents and rarely used the shelters located along the trail.  He also met many other hikers from different states and nations but he was glad to get home safely with nothing but a blister.

“It makes you appreciate people and things,” Delong said about returning home. 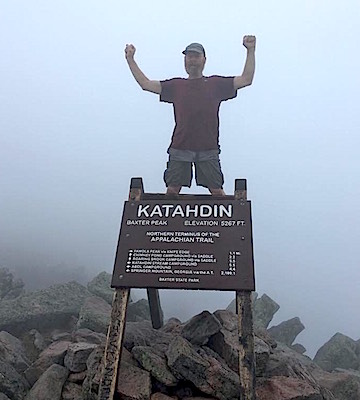 SEARCHING for Lazer story? If you would like to see a story that has already rolled into our Lazer archives, just click on the category it was in at the top of the page on the menu bar. Then scroll down until you see its title and click on it. Some articles go back as far as 2009 but some photos have been removed.

Faces of Hope: We Do Recover... is new Lazer series