City has ‘no solution’ for traffic jams near elementary school

The City Council of Louisa met for its monthly meeting Tuesday, August 9 2016 at 7:00pm.  The meeting was opened by Mayor, Harold Slone and the prior month’s minutes were accepted into the record.

There were several topics on the agenda open for discussion. 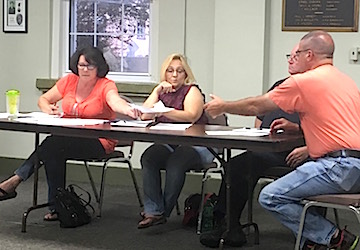 Mayor Harold Slone, commented that the Council needed to review and discuss the plans for Alise Maynard and the Feed the Hungry program. A request was made that she be allowed to use the Community Center for a charity event to feed the hungry.

A motion was made by Angela McGuire to allow the group to use the community center the last Saturday of the month for a fee of $20.00 which would cover the cost of cleanup. All council members agreed.

Council then took up the resolution reviewed by the Public Works Committee regarding the discrepancies in Louisa’s customer water bills.  A motion was made by Lisa Schaeffer and second by Tom Parsons to approve the recommendations from the committee.  The balance of the bills will be allowed to be paid over the next four (4) billing cycles and that all fees both late and disconnect be waived. The effective date will be Wednesday, August 10, 2016. All members voted “yes” on the motion.

It was reported that all departments within the city, with the exception of the Street Department, were within budget for the year. 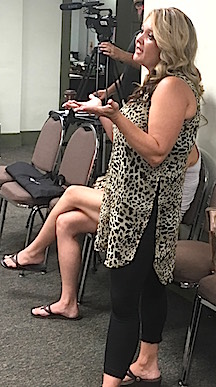 The meeting was then opened for audience comments.

A concerned citizen, Amy Pack, voiced her concerns about the traffic on Jefferson St. during the hours of 1:45pm to 3:30 pm. This is the time that parents are picking up their children from the Louisa East Elementary School.

” I’ve lived here for years and the problems continue to get worse,” she told the council. “Some parents are lining up at 1:45pm to pick up their child from school.”   She voiced a concern that first responders could not possibly respond to homes on that street during these times.

Mayor Slone assured her that this problem has been looked at several times in the last few years and that there was no feasible answer at this time. She was referred to the Lawrence Co. Board of Education for possible remedy.  Greg Fugitt, the Louisa Police Chief, stated that all parties were looking at the situation.

At this time the meeting was then adjourned.

SoccerDawgs off to blazing start, post three shutouts this week