Early start hurts tourism, too hot for students and staff… 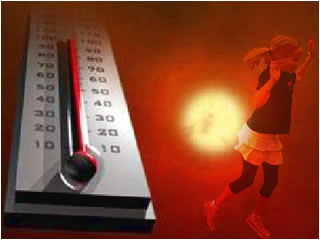 Summer break ended for Jefferson County Public Schools last week, but one state senator says he plans to renew his push for a later start to the school year for students throughout Kentucky.

Senate Majority Leader Damon Thayer, R-Georgetown, said that starting school in early August when it’s 90 degrees outside isn’t beneficial for children or for tourism and the tax revenue it generates.

“It seems counter-in­tuitive to our kids and their ability to learn well in that environment, and I think we need to extend summer by a few more weeks,” he said. “Parents in my district are very strongly in favor of this … .”

The tourism industry is one of the top economic drivers in Kentucky, Thayer said, and yet the Commonwealth’s state parks become “ghost towns” as children head back to class as early as the last week of July in some school districts. Thayer also said he doesn’t see the sense in putting a lot of time, money and re­sources into holding a state fair when kids are already in school by the time it begins.

During this year’s legislative session in Frankfort, Thayer said he proposed a bill that initially would have shifted the statewide start of the school year back to late August. People who want school calendars to stay under local control op­posed that idea, though, so Thayer said the legislation was amended to instead provide an incentive rather than a man­date for delaying the start date for schools.

That updated proposal, which was ap­proved by a wide margin in the state Senate but wasn’t OK’d by the Kentucky House of Representatives, would have allowed school boards willing to begin their academic year toward the end of August to have more flexibility in de­signing their district’s school calendar.

Thayer said he plans to reintroduce the measure that incentivizes a later start date when next year’s legislative session begins in January. “That way there can be no claim that I’m trying to take away local control,” he explained.

The Kentucky Education Association’s president, Stephanie Winkler, echoed that sentiment in a statement, saying, “We do not support legislation that infringes on the ability of school districts to set and manage their calendars.” She said KEA couldn’t comment responsibly on hypothetical legislation or bills they haven’t read.

By Morgan Watkins
The Courier-Journal