Robinson, Preston register for another term on BOE 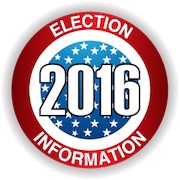 Robinson, a former chairperson of the BOE will be seeking her third term while Preston, the current chairman is seeking his second.

Preston did not immediately comment on his decision to run and Ms. Robinson could not be reached for comment.

The other incumbent up for re-election this year, Jim See, registered last week for his third term. There have been no “new board” candidates who have filed. The deadline to register to run for non-partisan ofices is Tuesday August 9, 2016.

In the other non-partisan race this November 8, Louisa City Council, John Nolan and Ron Cordle have registered for the six position Council so far.