Bulldogs ready to get the season underway with just six seniors

Young Bulldogs are ‘hungry’ for action 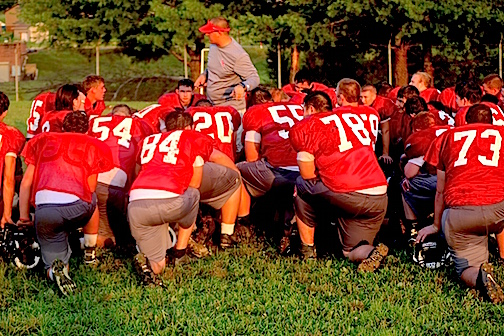 LOUISA, Ky. — After losing fifteen starters from last year’s regional runner up team the Lawrence Co. Bulldogs have a lot of wholes to fill but first year Head Coach Alan Short isn’t ready for the Dawgs to take a step back. Lawrence Co. lost ten on offensive and six on defense, so a lot of starting positions will be open. The Dawgs have between 50 and 55 kids in camp so far. 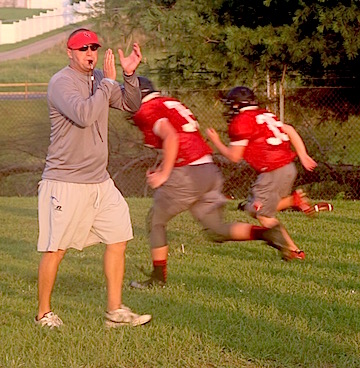 The young and inexperienced Bulldogs have just six seniors on the roster and only three of those have experience.

With such a young group attitude and the willingness to listen and learn is vital to the coaching staff. 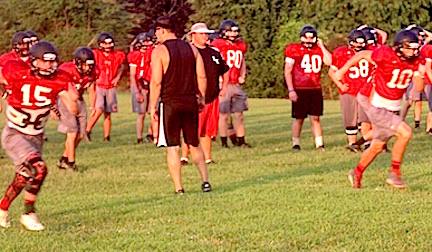 “… We have about 50-55 kids out, so we are right on par with a 3A school of our size. We feel like that will allow us to compete with the teams on our schedule.

I’m excited about the attitude and effort of our kids right now, the kids will be accountable, do the right things and give great effort in the things that we ask them to do. When I see our kids out here they have put the time in, they are hungry, and they have committed their time in the weight room and the off season program as well.

The kids are looking for that opportunity to step out on that field and play. I’m very excited about several of our players going into the season. It’s been fantastic up to this point and we’reexcited about the future of our program. We are going to get back to the basics on offense after losing so much from last year, might be four yards and a cloud of dust this year and then try and hit one over the top.

We’re going to get back to our roots in the triple option so I’m excited about that. John Caudill is the new defensive coordinator and it will be very similar from what you have seen in the past with an odd front but Coach Caudill will also put his spin on it as well. Needless to say we will be young and inexperienced on both sides of the ball, hopefully by the time district time rolls around we will be a seasoned football team….”

Meet the Bulldogs is Friday night at 6