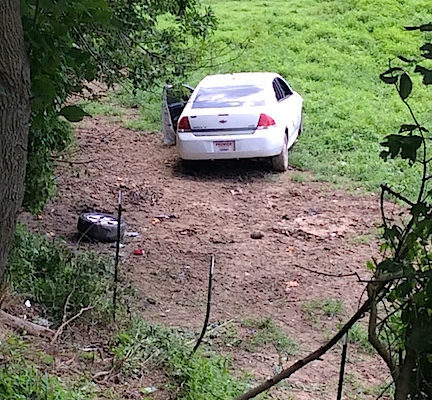 When the Emergency responders got to the site of the accident, the car was abandoned.

The late model car was traveling out of Cains Creek Rd, toward Rt. 32 when it went off the road into Butch Smith’s cow field ripping out the fence on its way down the hill.

The car belongs to Samantha Lewis; however she was not present at the scene when the responders got there. A 911 spokesman said she later returned and got the car about 1:20 am.

No charges have been filed at this time.