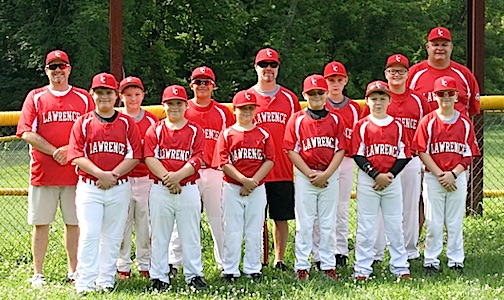 Georgetown, Ky. —  The results weren’t what the boys from Lawrence Co. wanted but they gained valuable experience playing against some of the best teams from the state of Kentucky.

Lawrence Co. 11U All Stars traveled to Suffoletta Park to play in the Cal Ripken State Tournament last week.

The All Stars went 0-4 vs South Lexington, Southeastern Lexington , Scott Co. and Harrison Co. the team was in most games and hit some home runs in the process, while gaining experience going into their final year of Cal Ripken at the Major League Baseball Level.