LOUISA, Ky. — Members of the Lawrence County fiscal court met for their regular July meeting today and dispatched a short agenda in a matter of 45 minutes. But a couple of interesting issues came up including discussion of a new business license for Lawrence County. 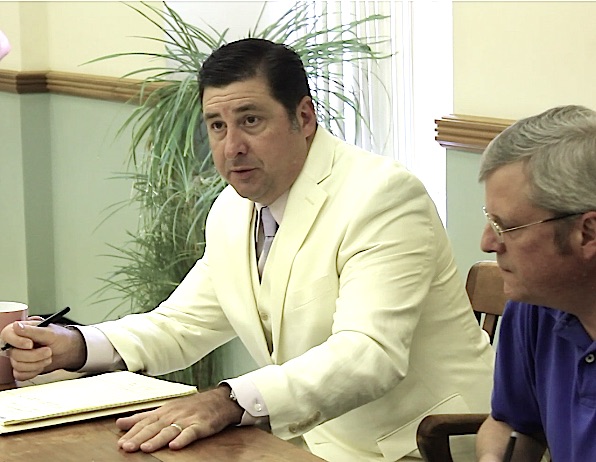 Economic Development director Catrina Vargo said she would like to see the court enact a license requirement with a nominal fee ($10) so the county can keep up with who is doing business here and what they are doing. “Right now the city has a license fee but the county doesn’t and we need to have one,” Vargo said.

County attorney Mike Hogan agreed and gave the example of the workers, many who may have not been American citizens, coming in and working on roofs during the tornado disaster that hit Louisa and surrounding areas two years ago.

“These people found out there was a lot of insurance work here and came in and took most of the jobs on roofing and other repairs before our people even knew the money was available,” Hogan said. “I believe when something like that happens, our people ought to get the jobs.”

He said, and judge/executive John Osborne agreed, that the county should add a requirement that any business coming in to do such work be required to show that all their employees are legal citizens or have a green card (permit) and are paid legal wages before they can come in and work here.”

The court members agreed and Hogan said he will have the proper paper work ready by the next meeting. 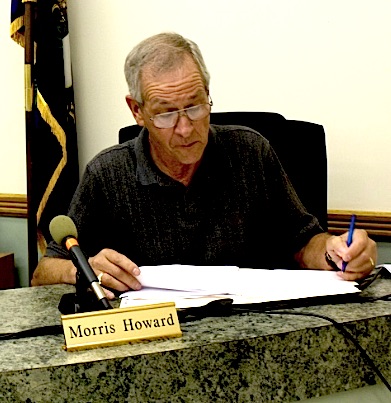 In another “taxing” situation the court voted 3-1 for the first reading to raise the Hotel-Motel tax by 1% from 3 to 4% to benefit the tourism board.

Osborne said the tax will not amount to more than $12,000 but it will give the Tourism Board a little more to work with to buy advertising in statewide media to boost Lawrence County and to give to the Septemberfest for items here in Lawrence County. Magistrate Morris Howard voted “no” and said he will not vote for any tax raises because people are already “taxed to death”.

During the discussion it was noted by Judge Osborne that Bill and Wanda Cassady had paid $21 in Hotel-Motel taxes they had not paid before because, they said, they were going to stop renting cabins on a daily or weekly basis and were going to rent them all monthly to workers who were here with the pipeline project. He said the check was delivered at a Tourism meeting last night so they are still included in the tourism committee advertising benefits.

It had been mentioned last month that they were not going to pay anymore because of the decision to not do short term rentals.

In other business the court:

*  Approved a resolution with the State Transportation cabinet for $18,071 for flex grant funds for road projects in Lawrence County.

*  Approved a $1,000 donation to the Lawrence County fair on a motion by Rick Blackburn and second by John J. Lemaster.

*  Approved naming Joey Hickman as assistant Road Supervisor with no raise in pay. Osborne said Road Foreman Mike Compton had asked for the move so that when he has to be off work or is on vacation the workers will know who is their boss. Osborne noted that some workers had said that to Hickman when he served in the capacity recently while Compton was off. 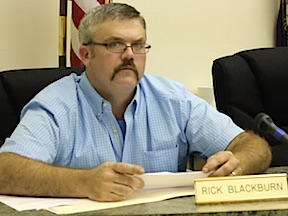 *  Acceprted water line extension bids for six houses on Torchlight Road for $24,487.50 from Chad Clark of Vanceburg, Ky. Osborne said the water the people in those houses has is yellow and cannot be used. He also commented that the road to Torchlight from Rt. 23 was “in fine shape”.

Magistrate Rick Blackburn, who is also the Transportation Supervisor for the school system also said he has visited the road and it is fine for bus trravel. Osborne also said the mail carrier in the area said he can get to the end of the road and back out easily which is contrary to what The Lazer was told by the resident.

A resident had told The Lazer last week that the road was continuing to slide off the bank after $45,000 in construction work had been done three weeks ago to fix the situation. Contractors dug out the adjacent hillside and widened the road to the former coal town location. Osborne said the road is at least 18 feet from solid ground on one side but it is now fixed on solid rock and is not slipping.

*  The judge also announced that the county has received $12,300 from East Point Industrial park in Greenup and Boyd County that has been owed the county for three years. He said none of the five FIVCO counties has been receiving their share of taxes they were due except Greenup County who was supposed to be distributing the money. He did not say what Lawrence Co. will be using the money for.